The Ferrari California T is an update of the earlier California featuring new sheetmetal, new interior, a revised chassis and a new turbocharged powertrain.

First unveiled on the web on February 12, 2014, subsequently the car debuted at the Geneva Motor Show (March 6–16, 2014). The T in the moniker stands for Turbo, a technology Ferrari last used on a roadcar on the F40.

The car utilizes a new 3.9 liter bi-turbo V8 that produces 552 bhp (412 kW; 560 PS) @ 7,500 rpm and 557 lbs/torque @ 4,750 rpm as well as an improved 7-speed dual clutch gearbox, a revised magnaride' adaptive suspension, as well as a new F1 trac system. The car can accelerate from 0-62 mph (0-100 kmh) in 3.6 seconds and reach a top speed of 196 mph (315 km/h). The car also features a new front fascia that was influenced by the F12, a revised rear and a revised interior. Another improvement to the car is the reduction of emission pollution by 15% compared to its naturally aspirated predecessor. The car also utilizes small turbos and a variable boost management system to create no turbo lag. 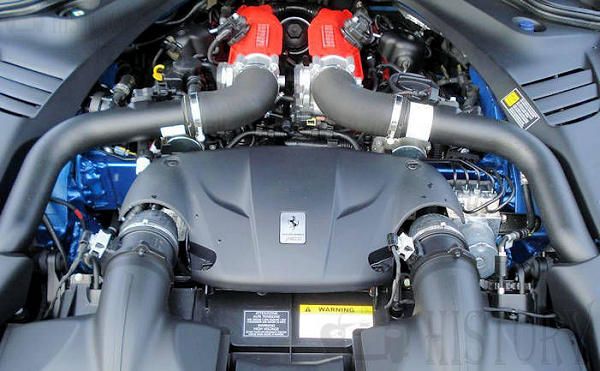 It is also the first car in which Ferrari has introduced the new Apple CarPlay functionality into its built-in infotainment system – Apple confirmed at the launch of the Geneva Motor Show that Ferrari, Mercedes-Benz and Volvo would be among the first car manufacturers to bring CarPlay compatible models to market. 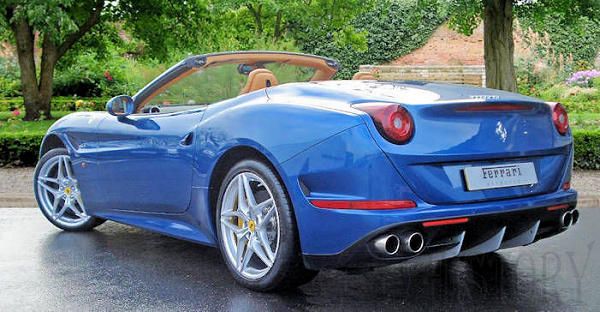