In 1985 further improvements were made to the series, with the launch of the Ferrari 412 (chassis Tipo F 101 EL). The engine was bored 1 mm, for an increase in displacement to 5 L (305.1 cu in) - hence the name change to 412, or the single cylinder displacement in cubic centimetres. Both the manual and automatic transmissions were retained, but exterior badging didn't denote anymore the transmission type fitted. Bosch ABS was offered, a first for Ferrari.The body was altered, with a raised rear deck granting more luggage space. Pininfarina made many subtle tweaks to modernize the exterior. The bumpers were body-coloured; at the front there was a deeper spoiler, at the rear a black valence incorporated the foglamps and exhaust pipes. Side window trim was changed from chrome to black. The flat-faced wheels were new and fitted with TRX tires.

A total of 576 examples were made. Production ended in 1989 without a direct successor being immediately launched; the mid-engined Mondial remained the only Ferrari offering 2+2 seating. In 1992, after a three year hiatus, the classic front-engine V12 2+2 grand tourer returned with the 456.

A black 1987 model of the 412 was used in the 2006 independent film Daft Punk's Electroma. It appears from after the opening credits to where the robots have their human masks developed and fitted.

It's rumoured the car used in filming was auctioned for charity, with the 'HUMAN' license plates signed by Thomas Bangalter and Guy-Manuel de Homem-Christo (the duo of Daft Punk who directed Electroma.) 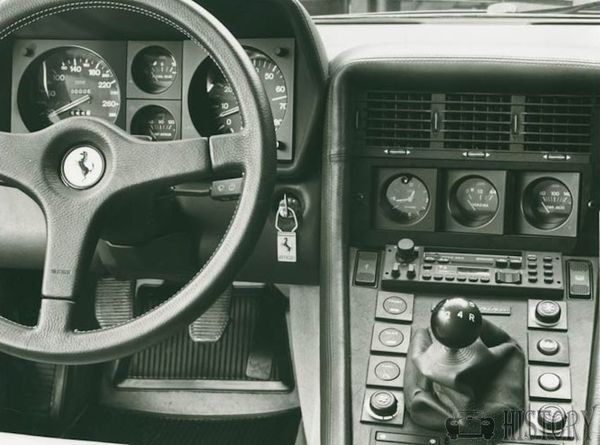 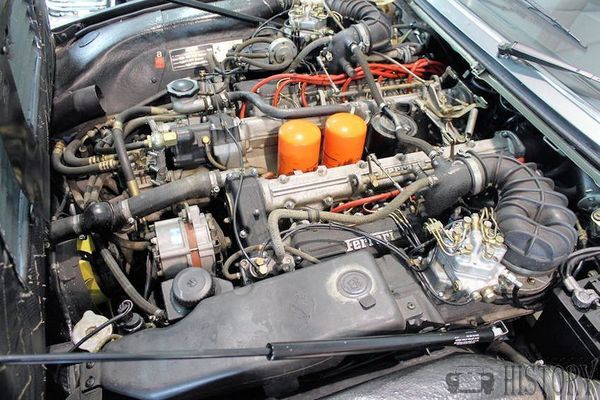 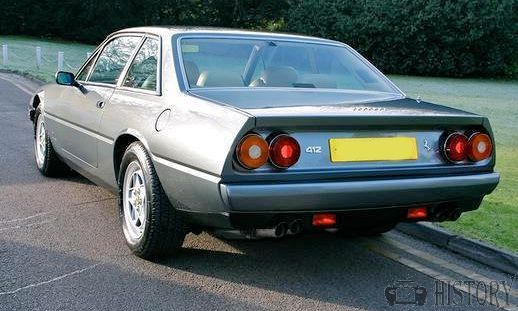