The carburetors on the 400 were replaced with Bosch K-Jetronic fuel injection in 1979. As in the smaller 308i, power was down to 310 PS (228 kW), but emissions were much improved, complying with U.S. standards. Top speed was 240 km/h (149 mph). Initially differences between the 400 and 400 i were limited to the fuel injected engine and "i" badge on the tail.

Towards the end of 1982 the 400i was updated. New camshaft profiles and exhaust headers raised engine power to 315 PS (232 kW). The interior was significantly revised, gaining differently upholstery, door panels, centre console and new electronic switchgear. On the exterior a narrower grille left the rectangular foglights exposed; the venting on the engine bonnet was changed from silver to body-colour. New, more elegant wing mirrors were fitted, bearing a small Ferrari shield. Around the back the tail panel was body-coloured instead of matte black, and foglamps were fitted in the bumper. Lower profile Michelin TRX tyres were adopted, on metric sized wheels. A total of 1305 examples were produced, 883 Automatics and 422 GTs. 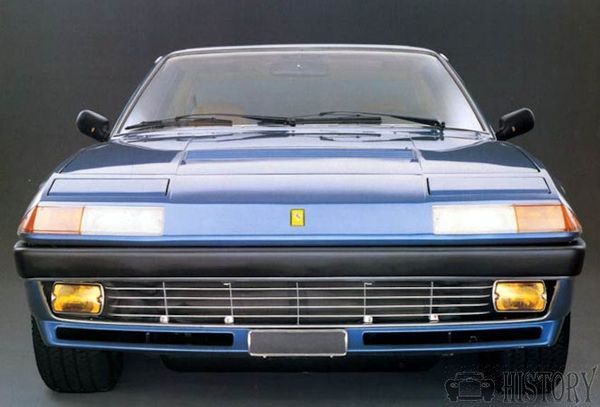