The Ferrari Mythos was a mid-engine, rear wheel drive concept car designed by Pininfarina and produced by Ferrari in 1989. The radical design was implemented on the platform of the Ferrari Testarossa, which dictated the car's wedge shape and large air intake ahead of the rear wheels.

Although not intended to be sold to members of the public, the current Sultan of Brunei, Hassanal Bolkiah, is known to own two, although it is unclear which cars in the Sultan's collections belong to which family members as clear records do not exist. It is capable of 290 km/h (180 mph).

The prototype is stored in Pininfarina style center at Cambiano (Italy) 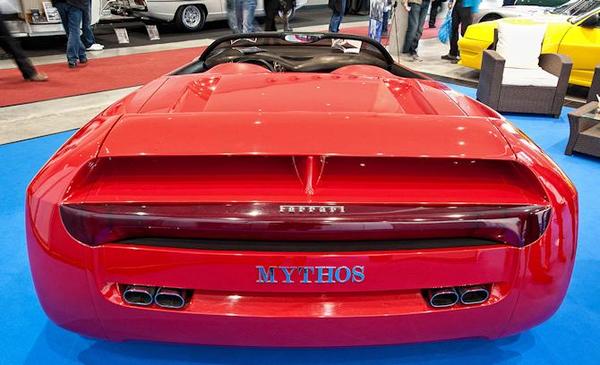