The Ferrari FF (FF meaning "Ferrari Four", for four seats and four-wheel drive) is a grand tourer presented by Ferrari on March 1, 2011 at the Geneva Motor Show. It is Ferrari's first production four-wheel drive model. The body style has been described as a shooting-brake a type of sporting station wagon/estate car with two doors. It replaced the 612 Scaglietti grand tourer. The FF has a top speed of 335 km/h (208 mph) and it accelerates from zero to 100 km/h (62 mph) in 3.7 seconds. Ferrari states that the FF was the world's fastest four-seat automobile upon its release to the public. The FF costs US$300,000, with 800 being produced during the first year. 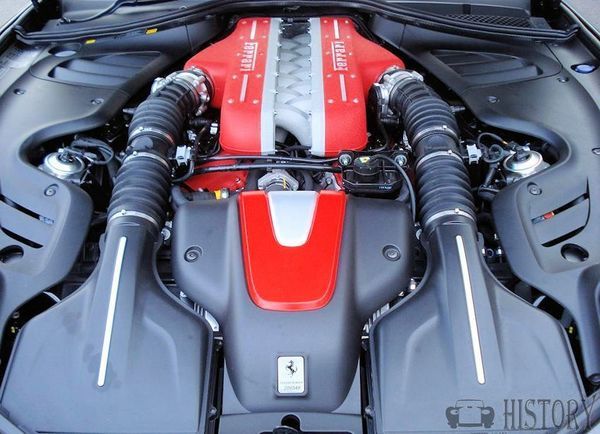 The FF is equipped with a 7-speed double-clutch semi-automatic paddle shift system similar to the California, the 458 Italia, and the F12berlinetta.

The new four-wheel drive system, engineered and patented by Ferrari, is called 4RM: it is around 50% lighter than a conventional system, and provides power intelligently to each of the four wheels as needed. It functions only when the manettino dial on the steering wheel is in the "comfort" or "snow" positions, leaving the car most often in the traditional rear wheel drive layout.

This system is based around a second, simple, gearbox (gears and other components built by Carraro Engineering), taking power from the front of the engine. This gearbox (designated "power take off unit", or PTU) has only two forward gears (2nd and 4th) plus reverse (with gear ratios 6% taller than the corresponding ratios in the main gearbox), so the system is only active in 1st to 4th gears. The connection between this gearbox and each front wheel is via independent haldex-type clutches, without a differential. Due to the difference in ratios "the clutches continually slip" and only transmit, at most, 20% of the engine's torque. A detailed description of the system (based on a conversation with Roberto Fedeli, Ferrari's technical director) has been published.

The FF shares the design language of contemporary Ferraris, including the pulled-back headlights of the 458 Italia, and the twin circular taillights seen on the 458 as well as the 599 GTB Fiorano. Designed under the direction of Lowie Vermeersch, former Design Director at Pininfarina, work on the shooting brake concept initially started following the creation of the Sintesi show car of 2007.Distinctive styling elements include a large egg-crate grille, defined side skirts, and four exhaust tips. The shooting brake configuration is a departure from the conventional wedge shape of modern Ferraris, and the FF has been likened to the similarly-shaped 1962 Ferrari 250 GT SWB Drogo race car.

The combination of hatchback-like shooting-brake design and collapsible rear seats gives the Ferrari FF a boot capacity of between 450 litres (16 cu ft) to 800 litres (28 cu ft). 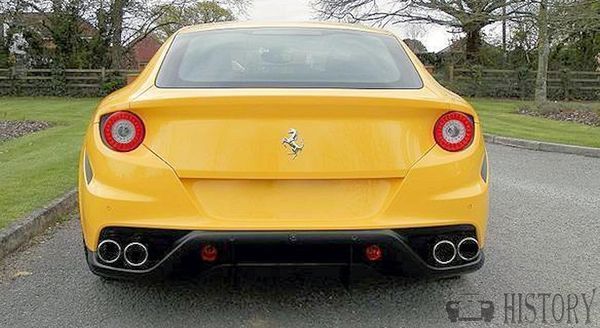