Designed by Pininfarina, under the guidance of Frank Stephenson, the body styling of the F430 was revised from its predecessor, the Ferrari 360, to improve its aerodynamic efficiency. Although the drag coefficient remained the same, downforce was greatly enhanced. Despite sharing the same basic Alcoa Aluminium chassis, roof line, doors and glass, the car looked significantly different from the 360. A great deal of Ferrari heritage was included in the exterior design. At the rear, the Enzo's tail lights and interior vents were added. The car's name was etched into the Testarossa-styled driver's side mirror. The large oval openings in the front bumper are reminiscent of Ferrari racing models from the 60s, specifically the 156 "sharknose" Formula One car and 250 TR61 Le Mans cars of Phil Hill. Designed with soft-top-convertible.

The F430 features a 4.3L V8 petrol engine of the "Ferrari-Maserati" F136 family. This new power plant was a significant departure for Ferrari, as all previous Ferrari V8's were descendants of the Dino racing program of the 1950s. This fifty-year development cycle came to an end with the entirely new 4.3L, the architecture of which is expected to replace the Dino-derived V12 in most other Ferrari cars. The engine's output specifications are: 498 PS (366 kW; 491 hp) at 8500 rpm and 465 N·m (343 lb·ft) of torque at 5250 rpm, 80% of which is available below 3500rpm. Despite a 20% increase in displacement, engine weight grew by only 4 kg and engine dimensions were decreased, for easier packaging. The connecting rods, pistons and crankshaft were all entirely new, while the four-valve cylinder head, valves and intake trumpets were copied directly from Formula 1 engines, for ideal volumetric efficiency. The F430 has a top speed in excess of 196 mph (315 km/h) and can accelerate from 0 to 62 mph (100 km/h) in 4.0 seconds, 0.7 seconds quicker than the old model.

The brakes on the F430 were designed in close cooperation with Brembo (who did the calipers and discs) and Bosch (who did the electronics package), resulting in a new cast-iron alloy for the discs. The new alloy includes molybdenum which has better heat dissipation performance. The F430 was also available with the optional Carbon fibre-reinforced Silicon Carbide (C/SiC) ceramic composite brake package. Ferrari claims the carbon ceramic brakes will not fade even after 300-360 laps at their test track.

The F430 featured the E-Diff, a computer-controlled limited slip active differential which can vary the distribution of torque based on inputs such as steering angle and lateral acceleration.

In the US, the company requested an exemption from the airbag design requirements, which was eventually granted, allowing the car to continue to be sold in the US.

The F430 Spider is the convertible version based on the coupé. The F430 Spider is Ferrari's 21st road going convertible. The Ferrari F430 Spider made its world premiere at the Geneva motor show. The car was designed by Pininfarina with aerodynamic simulation programs also used for Formula 1 cars. The roof panel automatically folds away inside a space above the engine bay. The conversion from a closed top to an open-air convertible is a two-stage folding-action. The interior of the Spider is identical to that of the coupé.

The F430 Challenge is the track version of the F430, designed for the Ferrari Challenge. The engine remained untouched but the vehicle's weight was reduced, resulting in a top speed of 202 mph (325 km/h). The production model was unveiled at the Los Angeles Auto Show in January, 2005.

Serving as the successor to the Challenge Stradale, the 430 Scuderia (scuderia meaning "stable of horses", but also used in the context of motor racing teams, including Ferrari's own) was unveiled by Michael Schumacher at the 2007 Frankfurt Auto Show. Aimed to compete with cars like the Porsche RS-models and the Lamborghini Gallardo Superleggera (superleggera meaning super light weight), it is lighter (by 100 kg/220 lb) and more powerful (510 PS (375 kW; 503 hp) at 8500 rpm) than the standard F430. Increased power comes from a revised intake, exhaust, and an ion-sensing knock-detection system that allows for a higher compression ratio. Thus the weight-to-power ratio is reduced from 2.96 kg/hp to 2.5 kg/hp. In addition to the weight saving measures, the Scuderia semi-automatic transmission gained improved "Superfast", known as "Superfast2", software for faster 60 millisecond shift-times. A new traction control system combined the F1-Trac traction and stability control with the E-Diff electronic differential. The Ferrari 430 Scuderia accelerates from 0-100 kilometres per hour (62 mph) in 3.6 seconds, with a top speed of 202 miles per hour (325 km/h).Ferrari claims that around their test track, Fiorano Circuit, it matches the Ferrari Enzo, and the Ferrari F430's successor, the Ferrari 458.

To commemorate Ferrari's 16th victory in the Formula 1 Constructor's World Championship in 2008, Ferrari unveiled the Scuderia Spider 16M at World Finals in Mugello. It is a convertible version of the 430 Scuderia.

499 vehicles were released beginning early 2009 and all were pre-sold to select clients.

The F430-based Ferrari SP1 (Special Project Number 1), was the first one-off special produced by the Ferrari Portfolio Program. The body was designed by former Pininfarina designer Leonardo Fioravanti, at the behest of Junichiro Hiramatsu, a Japanese businessman who was the former president of the Ferrari Club of Japan and an avid collector; he had admired Fioravanti's 1998 F100 prototype. 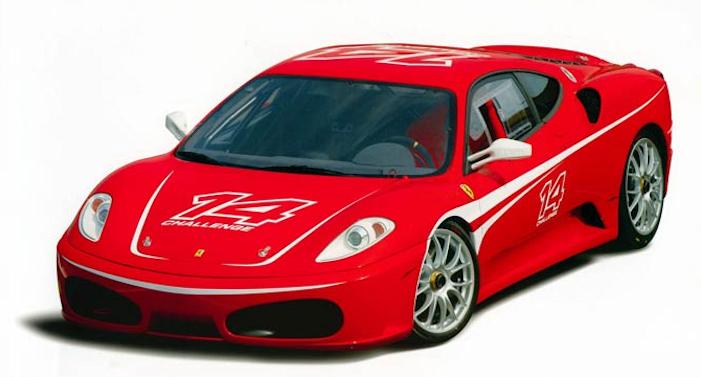 Built since 2006 by Ferrari Corse Clienti department in collaboration with Michelotto Automobili, the F430 GTC is a racing car designed to compete in international GT2 class competition, such as in the American Le Mans Series, Le Mans Series, and FIA GT Championship. F430 GTCs also compete at the 24 Hours of Le Mans. The GTC was the fastest and most developed racing version of the F430.

In FIA GT2 championship, in order to render the car performances more uniform, the cars are forced to run with a specific minimum weight and with an engine restrictor that depends on the engine displacement. Hence the 4.3 L V8 engine in GT2 races is destroked to 4.0 L in order to compete in the 3.8–4.0 L class, which is allowed to race with a minimum weight of 1,100 kg (2,425 lb). Using the 4.0 L engine, the minimum weight of the F430 would increase by 50 kg (110 lb). In this race configuration, the engine produces somewhat less power, but this is compensated by the lower car weight, which yields a better Power-to-weight ratio.

The car uses the same 4.3 L V8 engine, tuned to produce 550 hp (410 kW; 558 PS), making the GT3 more powerful than its GT2 counterpart. However, due to the GT3 regulations stating that the car must have a power-to-weight ratio of around 2.6 kg/hp, the car weighs 1,219 kg (2,687 lb) in race trim (driver and fuel excluded), which is roughly 119 kg (262 lb) more than the GT2 spec car. Despite the higher power, it is significantly slower than the GT2 version; for example, in the 2007 Spa 24 Hours endurance race, in which both models were entered, the GT3 spec vehicles' best qualification time was around 8 seconds slower per lap than that set by the GT2 spec vehicle.

Since 2007 a technical partnership between Kessel Racing and JMB brought the production of an Evolution Kit.

Developed by Kessel Racing for the 2009 season, the 430 GT3 Scuderia is the successor of the previous F430 GT3.

In February 2009, Ferrari recalled about 2,000 2005–2007 F430 Spiders in the U.S., due to the risk that heat from the engine could cause the soft top hydraulic hoses to fracture and leak flammable fluid onto the V8 motor, resulting in a fire. 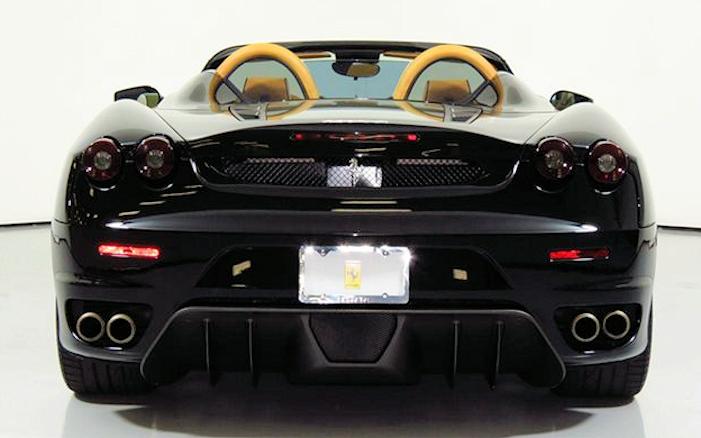