The first Mondial engine, although a DOHC design, used just two valves per cylinder. The 1982 Quattrovalvole or QV introduced a new four-valve head, the combustion chamber design was purportedly based on the early eighties Formula 1 engine. Again, the engine was shared with the contemporary 308 GTB/GTS QV, and produced a much more respectable 240 hp (179 kW). Appearance was largely as per the Mondial 8, although with red engine heads and prominent "quattrovalvole" script at the rear. 1,145 coupés were built between 1982 and 1985.

A new Cabriolet bodystyle was added for 1983. Body styling remained the same as the coupé variant, with the roof maintaining the 'buttress' design of the roof, though the Cabriolet required the rear seats to be mounted closer together laterally. The introduction of the Cabriolet saw the popularity of the Mondial rise, particularly in the American market, where the convertible body style was highly desirable. The Cabriolet has the added distinction of being the only four-seat, mid-rear engine, convertible automobile ever manufactured in regular production. 629 units were produced between 1983 and 1985, making this the rarest version of the Mondial. 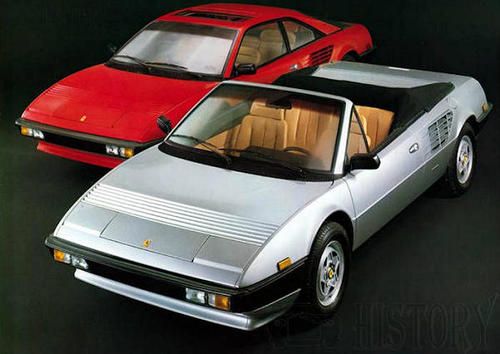 The Ferrari Mondial is an automobile that was produced by Ferrari from 1980 through 1993. It replaced the 208/308 GT4. The "Mondial" name came from Ferrari's history — the 500 Mondial race car of the early 1950s. Despite its predecessor being Bertone styled, the Mondial saw Ferrari return to Pininfarina for styling. Sold as a mid-sized coupe and, eventually a cabriolet. Conceived as a 'usable' model, offering the practicality of four seats and the performance of a Ferrari. The car had a slightly higher roofline than its stablemates, with a single long door either side, offering easy access and good interior space, reasonable rear legroom while all-round visibility was excellent. It also holds the distinction of being the only production automobile that has four seats, is mid-engined, and be a full convertible in automotive history.

The Mondial, produced in fairly high numbers for a Ferrari, with more than 6,100 produced in its 13-year run, and was one of Ferrari's most commercially successful models. The car body was not built as a monocoque in the same way as a conventional car. The steel outer body was produced by the famous Italian coachbuilder Carrozzeria Scaglietti, just down the road in nearby Modena, built over a lightweight steel box-section space frame. The engine cover and rear luggage compartment lids are in light alloy. The seats and interior were trimmed in Connolly hide, contrasting with the body color. Most cars were painted rosso red, but some were black or silver, and a few were dark blue.

The Mondial was the first Ferrari car where the entire engine/gearbox/rear suspension assembly is on a detachable steel subframe. This design made engine removal for a major rebuild or cylinder head removal much easier than it was on previous models. Unusually, the handbrake is situated between the driver's seat and the inner sill. Once the handbrake is set it drops down so as, not to impede egress and ingress. Instead of the conventional "H" shift pattern, the gearbox has 1st gear situated in a "dog leg" to the left and back, behind reverse. This pattern allows quicker gear shifts between 2nd and 3rd gear, and also between 4th and 5th.

The Mondial underwent many updates throughout production. There were four distinct iterations (8, QV, 3.2, and t), with the latter 3 having two variations each. (coupe and cabriolet)

Starting with the 1980-1982 Mondial 8, what was intended to serve as the touring car vehicle within the Ferrari lineup, proved to be a disappointment to some Ferrari enthusiasts. Safety requirements also forced Ferrari to install large black colored bumpers that some felt was awkward in design. The automotive press at release was not unanimously critical of the Mondial 8, although retrospective articles have often relegated the Mondial 8 as being overrated. Time magazine went on to include the Mondial 8 as one of the 50 worst cars of all time. Also included in Top Gear's search of the Worst Car In The World. (though choosing the vaunted F50 as being 'even worse'.) Some stigma bestowed upon later Mondial iterations trace to a few negative articles intended for the Mondial 8.

A common misconception of the Mondial 8 is it was a poor performer. The three major US automotive publications (MotorTrend, Car & Driver, and Road & Track) all published reviews in the fall of 1981. Road & Track and Car & Driver yielded disappointing performance results. MotorTrend's review was much more favorable and had performance on par with the 308 GTB/GTS QV and Porsche 928. There was never any definitive conclusion on the performance disparity, Automobile magazine had suggested not being broken in as being the culprit of their observed 0-60 time. (as the MotorTrend review had a fully broken in sample.)

Ferrari quickly remedied the situation by upgrading the engine just two years later in 1982 with a new four-valve head. This model known as the Mondial Quattrovalvole or QV. It shared its engine with the contemporary 308 GTB/GTS QV A new cabriolet version also introduced that would be carried forward to the two subsequent models. These models produced between 1982-1985. This model was better received by the automotive press and the public, however two of the three previous poor reviews for the Mondial 8 caused negative perceptions that would follow the Mondial line. This model had a four-year production run until 1985.

The next evolution would be the Mondial 3.2, which saw the engine grow in power (266HP) and styling refreshed. This car enjoys much popularity due to one of the last Ferrari to have a relatively reliable and approachable maintenance of the 328 drivetrain and additional power. Enthusiasts consider the Mondial 3.2 as the best "all around" iteration considering cost of maintenance.

The final model (1989-1993), the Mondial t was the biggest change for the model. With a larger engine (300HP), a much substantial update to styling, interior ergonomics, and a completely different engine layout. Many consider the Mondial t as the best iteration, although at the cost of higher upkeep costs. 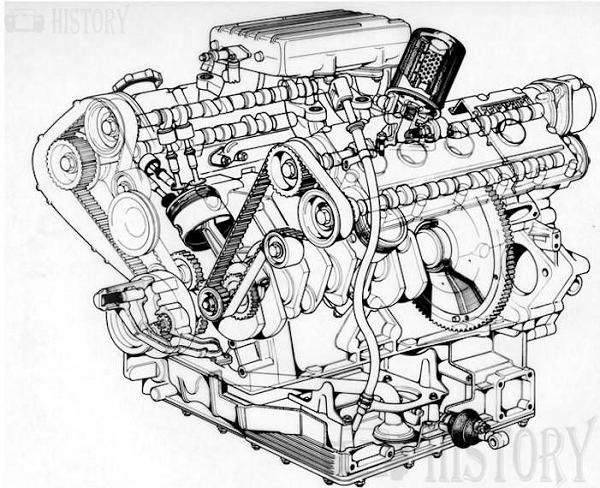 With its unique Pininfarina derived design; everyday versatility, the Mondial has amassed a cult following of enthusiasts. It has not been universally admired however and is sometimes the target of derision due to what many consider the compromises (4 seats, longer wheelbase, heavier weight) Ferrari undertook creating the car in both form and function. Early negative reviews for the Mondial 8 has often been repeated by derivative articles that further tarnished the Mondial's image.

Many current enthusiasts have actually welcomed the negative views, as it has allowed the price of the model to remain relatively low and Ferrari ownership and/or parts accessible, however many speculate that it will inevitably rise significantly in value. 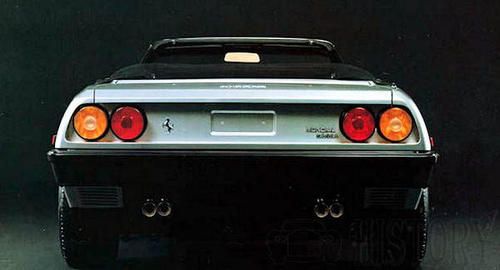