The Ferrari F12berlinetta (also unofficially referred to as the F12 Berlinetta or the F12) is a front mid-engine, rear-wheel-drive grand tourer produced by Italian sports car manufacturer Ferrari. The F12berlinetta, introduced to the public at the 2012 Geneva Motor Show, replaces the 599 series grand tourers. The naturally aspirated 6.3 litre Ferrari V12 engine in the F12berlinetta has won the International Engine of the Year Awards 2013 in the Best Performance category and Best Engine above 4.0 litres. The F12berlinetta was named "The Supercar of the Year 2012" by car magazine Top Gear.

In 2014 it was awarded the XXIII Premio Compasso d'oro ADI. Accepting the award was Ferrari’s Senior Vice President of Design, Flavio Manzoni. 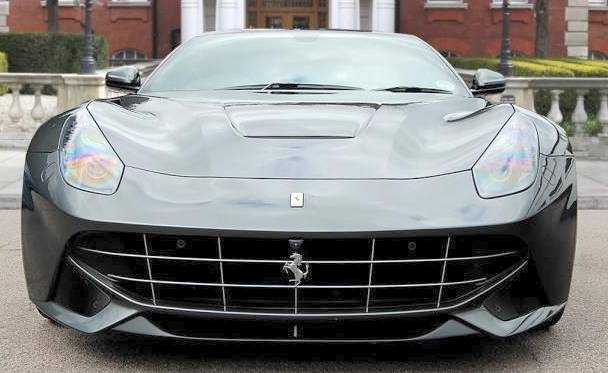 The engine of the F12berlinetta has been designed to be more efficient than that of the 599, as well as more powerful. The engine management system is fitted with Ferrari's HELE start-stop system to reduce fuel consumption when idling. Ferrari reports that the F12berlinetta can achieve 18 mpg-imp (15.7 L/100 km; 15.0 mpg-US) – a 30% improvement over the 599 – and produces CO2 emissions of 350 g/km.

In common with the California, 458 Italia, FF and LaFerrari, the F12berlinetta transmits power through a 7-speed dual-clutch automated semi-automatic gearbox operated by the driver using paddle shifters behind the steering wheel. Compared to similar models, the F12berlinetta uses shortened gear ratios to match the power of the engine.

The F12berlinetta is built around an aluminium space frame chassis co-developed with Scaglietti. The chassis is made up of 12 different aluminium alloys and improves structural rigidity by 20% over the 599, whilst reducing weight by 70 kg (150 lb). The centre of gravity has been lowered by around 25 mm (1 in). The F12berlinetta's weight distribution is 46% front, 54% rear. 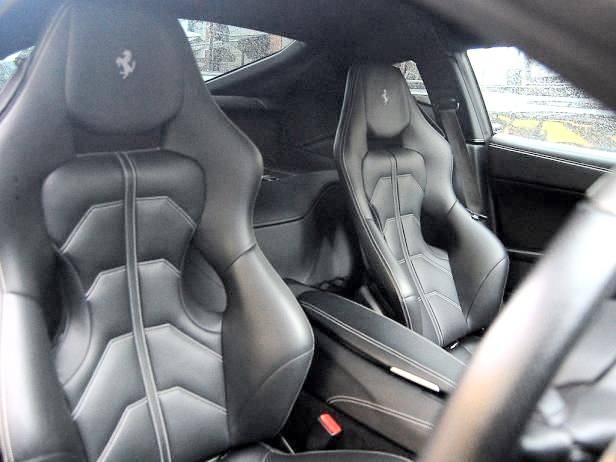 The F12berlinetta makes use of aerodynamic techniques based on Ferrari's 599XX and Formula One programmes, developed with wind tunnel and CFD testing. A notable feature is the Aero Bridge, an air channel running from the bonnet, through the flanks and along the sides of the vehicle, creating an effect that increases downforce. Another feature is Active Brake Cooling ducts, which open to direct cooling air only when the brakes are hot, keeping them closed at other times to reduce aerodynamic drag. The F12berlinetta produces 200 kg (440 lb) of downforce at 200 km/h

The body of the F12 berlinetta is designed by the Ferrari Styling Centre and Pininfarina, and shares some styling elements with other recent Ferrari models. This includes a front grille similar to the FF and headlights shared with the FF and 458 Italia. The interior, based on the FF, features new "Frau leather" upholstery with aluminium, Alutex, and carbon fibre trim, and has increased luggage space compared to the 599. 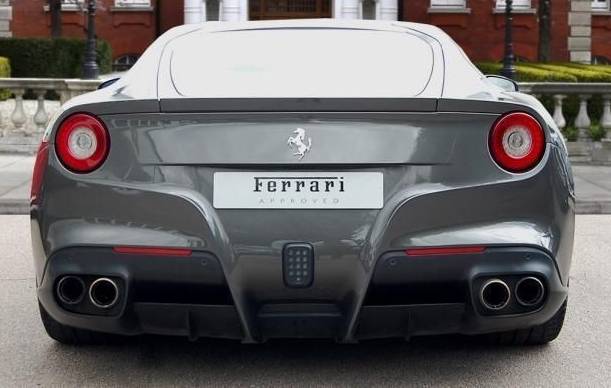