The 400 Superamerica had a smaller 4.0 L Colombo engine, but produced as much power as its predecessor. It debuted in 1959 as 410 production ended, and was available as a coupe, spider, or cabriolet with custom Pinin Farina bodywork. Four-wheel disc brakes were a new addition. 47 Ferrari 400s had been built, along 2 series, when the 400 stepped aside in 1964, of which 32 were coupé aerodinamico variant. Series I coupés aerodinamico had open hood air scoop while series II cars had covered scoop and slightly longer wheelbase.

Special one-off version of 400 Superamerica built in 1959 for Gianni Agnelli. This car was also the very first of 400 Superamericas. Worth note is the fact that very similar body was used on Maserati 5000 GT also built for Sig. Agnelli.

Originally built as series I Ferrari 400 Superamerica Aerodinamico Pinin Farina Coupé, chassis no. 2207SA, was bodied and presented as Superfast II at Torino Motor Show in 1960 and 1961. In 1961 rebodied into Superfast III and presented at 1962 Geneva Motor Show. Same year redesigned another, final, time as Superfast IV. It was a styling concept for the upcoming 500 Superfast model. 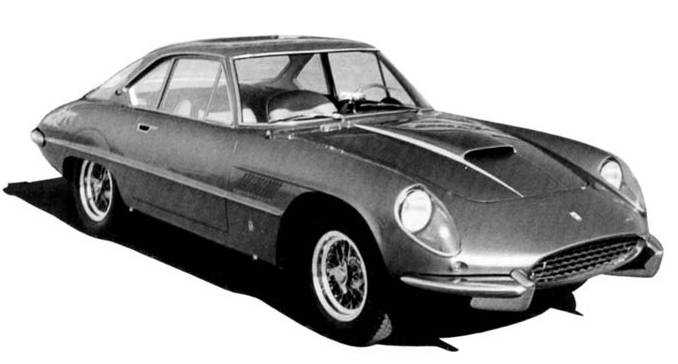