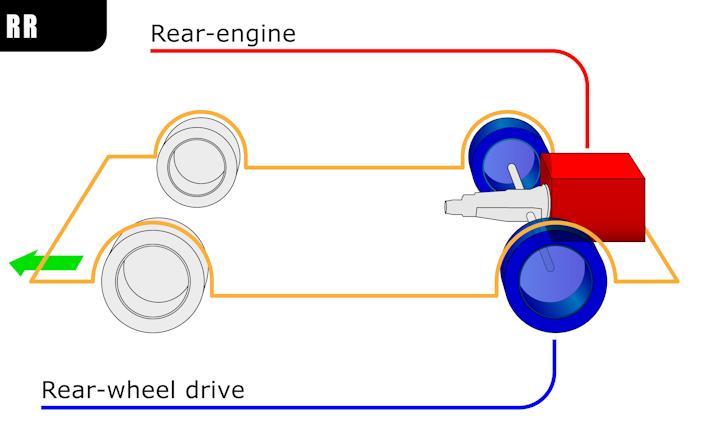 A rear wheel drive, rear engine car tends to be prone to oversteer which allows for tighter turner radius than that of a neutral or understeer condition of a vehicle, however this causes vehicle instability. For this reason rear engine has been abandoned as a design option for regular passenger cars, but still maintains a viability for race applications.

Although this layout was once popular, it was mainly found in small, inexpensive cars and light commercials, most car makers have abandoned the rear-engined layout apart from Porsche who has gradually developed their design with improvements to the suspension and chassis to reduce the shortcomings of the layout to exceptional levels in road and race cars.

The most popular current applicaton of this layout is in Low-floor buses where its spacesaving attributes are best applied.

On the De Lorean, to compensate for the uneven (35/65) weight distribution caused by the rear-mounted engine, the car had rear wheels with a diameter slightly greater than the front wheels.

This is an incomplete list, which may never be able to satisfy particular standards for completeness. You can help by expanding it with reliably sourced entries. 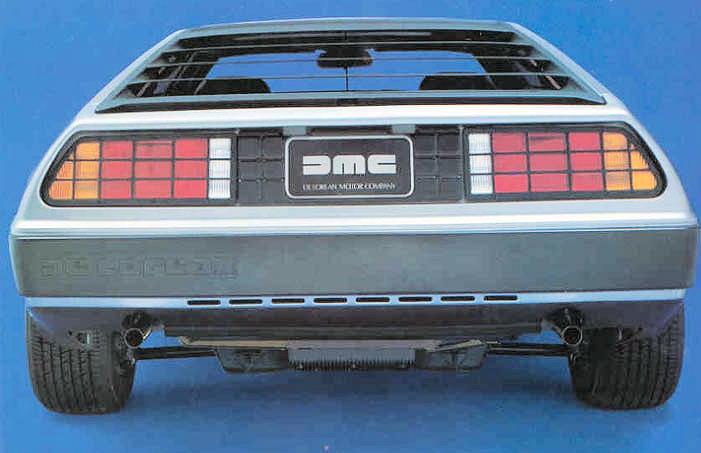