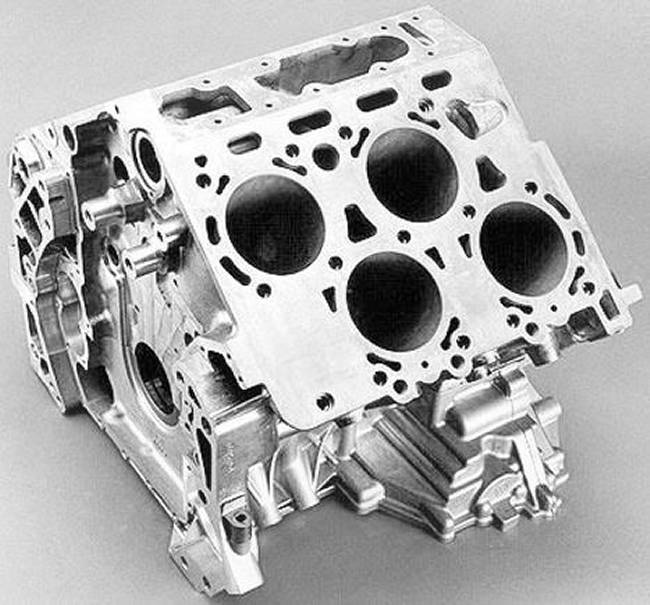 A W8 engine is an eight-cylinder piston internal combustion engine in a W configuration. The W8 can be imagined as flat plane crank V8 engine combining two narrow-angle (15 degree) VR4 engine blocks, mounted juxtaposed at 72 degrees to each other and coupled to one crankshaft. Nearly square external dimensions mean the large eight-cylinder engine will fit in the space typically taken by a V6 engine.

The 4.0 litre - 3,998 cubic centimetres (244.0 cu in) W8 engine produced 202 kilowatts (275 PS; 271 bhp) at 6,000 revolutions per minute (rpm) and 370 newton metres (273 lbf·ft) of torque at 2,750 rpm, yet was considered a fuel-efficient eight-cylinder engine due to the design. It also had a two stage resonance induction system to boost cylinder filling across the engine speed range. It had two simplex roller chain-driven (relay method, using three chains) double overhead camshaft (two overhead camshafts per cylinder bank, hence "quad cam"), and twin balance shafts to smooth out residual vibrations inherent in the layout. One additional advantage was that the W8 shared some components and machining with narrow-angle VR5 and VR6 engines, leading to cost reduction in one of the most expensive engines Volkswagen Passenger Cars has ever produced.

The 2006 redesign of the Passat (B6) changed the engine's mounting configuration to transverse. The W8 is too large physically to be mounted in such a way, so the 'large' 3.6-litre VR6 engine has replaced its position at the top of the range.