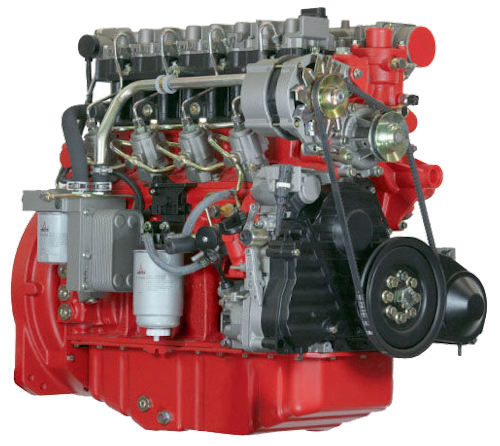 The Elsbett engine is a design of diesel engine designed to run on vegetable oil. It's also known as Elko engine and was invented by Ludwig Elsbett.

Note: Vegetable oil should not be confused with Biodiesel which is chemically altered vegetable oil.

The design limits the loss of energy as heat by a variety of technologies; using lube oil as coolant too, no water cooling of the engine block is required, though an oil cooler is needed. It had a 25% fuel efficiency advantage over contemporary designs in the 1980s. Several revolutionary improvements were achieved in this design, such as a new piston design and combustion process.

The Elsbett engine has a deep bowl which has a slight lip. The main difference is that the fuel charged is injected in such a manner as to 'blend perfectly with the air' and combust within a central core of hot air, not contacting the chamber walls, which is necessary for good air/fuel with other designs examined.

The technology was adopted by some companies in the former Soviet Union and a major project by Grupo Garavello, which went bankrupt by their other business activities, was undertaken in Brazil. Although work continues on the dedicated multi-fuel Elsbett engine, the company now also sells conversion kits for existing diesel engines to run on vegetable oil.