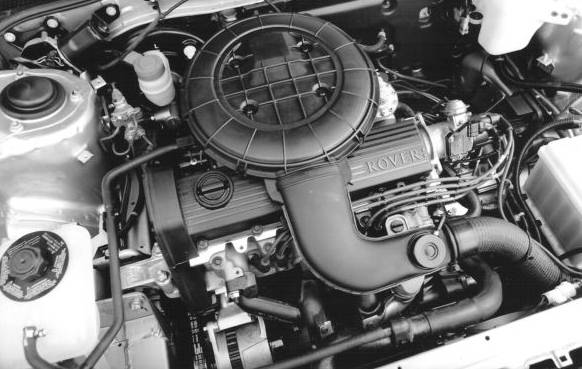 In the early 1980s, Fiat invested heavily in robot automation throughout its factories, to both improve product quality and to reduce labour costs. The new Fully Integrated Robotised Engine was developed as part of this, to replace the previous range of small Fiat engines. Although taking the opportunity to update performance and emissions from Fiat's venerable 903cc pushrod engine, the primary goal of this new design was for easy assembly by robots. Key to this was the 'layer cake' construction of the new engine, held together by its long through bolts.

The FIRE engine has been regarded as a success, having produced efficient and reliable engines from 769 cc with growth into 1368 cc and 16 valve versions. The 1242 cc 16 valve 'Super FIRE' also used a ladder frame main bearing carrier, giving a crankcase and block more rigid than any comparable engine in its class. One drawback to the FIRE engine was a perception by mechanics servicing them that it was now difficult to perform a top-end overhaul without also requiring the bottom end to be dismantled, with re-assembly and re-torquing in strict sequence.

In the late 1980s, Rover were aware that they needed to adopt innovative and reliable new techniques if they were to survive as a car maker and, like Fiat, to throw off their previous problems of poor build quality. One result was the K engineto be built by Rover's partner Powertrain Ltd. This used a ladder main bearing in all models,giving an extremely rigid block that would later permit a very high redline speed in applications such as the MGF, Lotus Elise and for racing.Unlike the FIRE though, and despite the large numbers sold that served reliably for many years, this engine was tarred with Rover's past flaws and gained a reputation as unreliable. The flaws that gave rise to this reputation were caused by only some components used in only some models: particularly the head gasket and wet liners. Regarding these problems with particular component versions as indicative of poor overall engine design was undeserved. Equally, none of these problems are inherent with the techniques of wet liners or through-bolting.

These advantages are primarily for the initial production of engines, particularly when this is a robot-based assembly. Secondary advantages may also be gained of improved service life.

There is less, if any, advantage for ongoing servicing during the life of the car. Some aspects have clear disadvantages, particularly when previous simple servicing operations are made more complicated. This is acceptable because of the greatly increased intervals between major servicing for modern cars. Many cars today will go for their entire lifetimes of over 100 thousand miles without having their engine removed or dismantled.