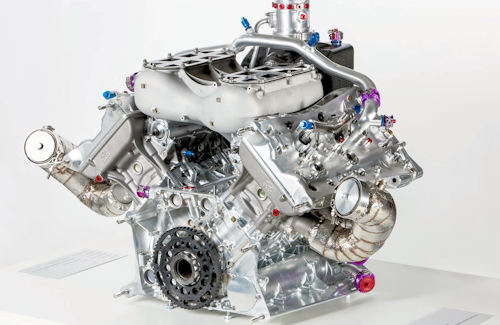 A V4 engine is a V form engine with four cylinders and three main bearings.

The V4 engine has not been widely used in cars, with Lancia, Ford and ZAZ the only companies to manufacture such an engine.

Lancia produced several narrow-angle V4 engines from the 1920s through 1960s for cars like the Lambda, Augusta, Artena, Aprilia, Ardea, Appia, and Fulvia.

Ford of Europe produced two totally different V4 engines with a balance shaft, one in the UK and one in Germany:

The Ukrainian manufacturer ZAZ used an air-cooled V4 with a balance shaft, produced by MeMZ and used in Zaporozhets and LuAZ cars.