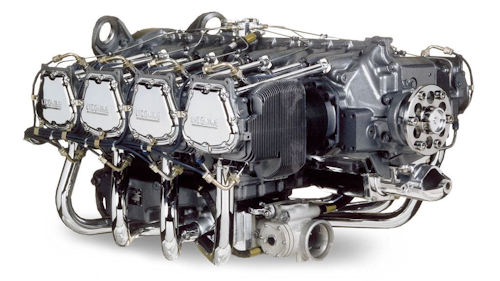 A flat-8 or horizontally opposed-8 is an internal combustion engine in flat configuration, having 8 cylinders.

The most famous engine of this type is the Porsche air-cooled flat-8 engine introduced in a 1.5 L version for Formula One that grew up to a 3 L version used in the Porsche 908

Another example is the Australian-made Jabiru Aircraft 5100. This is a 5.1-litre, air-cooled engine for aircraft use.

Continental and Lycoming have both produced flat-8 aircraft engines as well. The Lycoming IO-720 and Continental IO-720 series of engines have been in production for several decades.