Automotive manufacturer of Egypt from 1994 on. 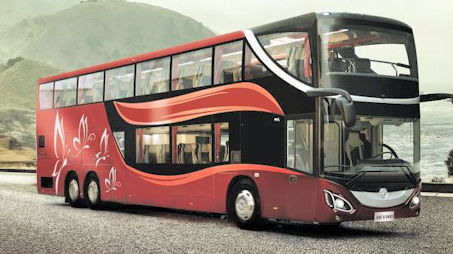 Manufacturing Commercial Vehicles (MCV ) is an Egyptian commercial vehicle manufacturer founded in 1994 . In addition to superstructures on chassis of the Mercedes-Benz brand , vehicles of the company's own brand MCV are also manufactured. Since the takeover of the British manufacturer Marshall Bus , the company is also represented on the European market.

The company was founded in 1994 as a general agency for commercial vehicles of Daimler-Benz AG . After buying factory sheds from the Egyptian Ghabbour Group , MCV focused on the CKD assembly of truck and bus bodies on Mercedes-Benz chassis.

In 1996, the company started production under its own brand name but continued to use Mercedes-Benz chassis. With the introduction of the midi bus MCV 240 for the Cairo market, MCV used for the first time also on chassis of other manufacturers ( General Motors ). With this step, MCV also demonstrated its economic independence from the Daimler Group. 2007, MCV signed a cooperation agreement with the Chinese company Dongfeng ; In the same year, the first delivery of 800 Dongfeng chassis took place.