Automotive manufacturer of Egypt from 1978 on 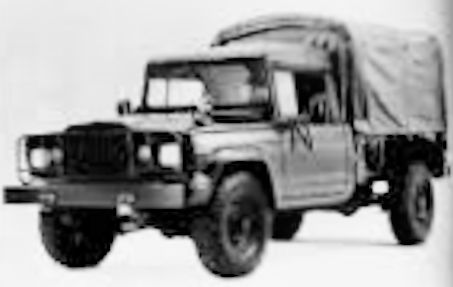 Arab American Vehicles (abbreviated AAV ) is an Egyptian car manufacturer based in Cairo . AAV is a joint venture of the Arab Organization for Industrialization (51% owned) and the American Chrysler LLC (49%).

After its founding in 1977, the company began production of military vehicles on December 14, 1978. These models of the CJ series were sold to the military in Egypt and other Arab states. Other models were Wagoneer, AM720, Wrangler and Cherokee. Tractors and models and brands such as Ritmo , Polonez , Suzuki , Peugeot , Kia , Citroën , Hyundai and Komodo (Automotivr Gate) were also assembled . Since 2008, the J8 is manufactured. For civilian customers also the Jeep Cherokee