The Caliber, which went on sale in the United States after the Detroit Motor Show in January 2006, was for the then Daimler Chrysler subsidiary an attempt to regain ground in the compact class . The vehicle was produced in Belvidere ( Illinois ). 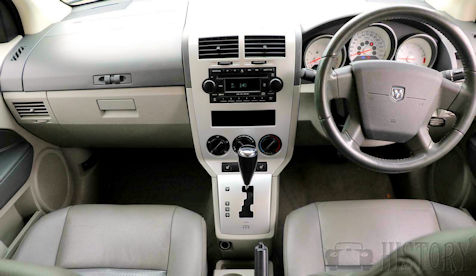 By the end of 2007, the most expensive model was the Caliber R / T (Road and Track), available exclusively with 2.4L engine. While in the US, this variant was optionally available with four-wheel driveand the CVT transmission, the R / T was offered in Germany only with front-wheel drive and the five-speed gearbox.In autumn 2007, the Caliber SRT4 ( Street and Racing Technology ) was introduced to the US market. This model was enhanced with the 2.4-liter engine of the R / T , which was boosted by turbocharging to 217 kW (295 hp), as well as with a six-speed Getrag (DMT6) manual transmission and 19-inch alloy wheels with 225 / Equipped with 45-R19 tires.

In the summer of 2010, the Caliber 2.0 CRD was replaced by a 2.2 CRD, which had an output of 120 kW (163 hp). The standard consumption is according to factory specifications at 5.8 liters / 100 km.The Caliber was available in the equipment variants S, SE, SXT. Depending on the equipment variant, the Caliber offers extras such as an alarm system, cruise control, illuminated cup holders, air conditioning with a coolable glove box, a flashlight, etc. as standard.

For model year 2010, the Caliber received in the fall of 2009, a revised interior, which should have higher quality with chrome accents and darker colors. Externally, the vehicle remained virtually unchanged. The 1.8-liter gasoline engine was removed from the program. In Europe, from the beginning of 2010 only the 2.0-liter engine - now also with five-speed manual transmission - available. The Caliber SRT4 was discontinued in mid-2010. 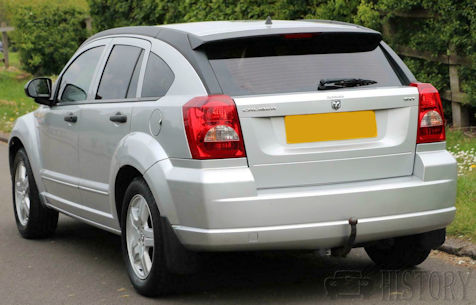