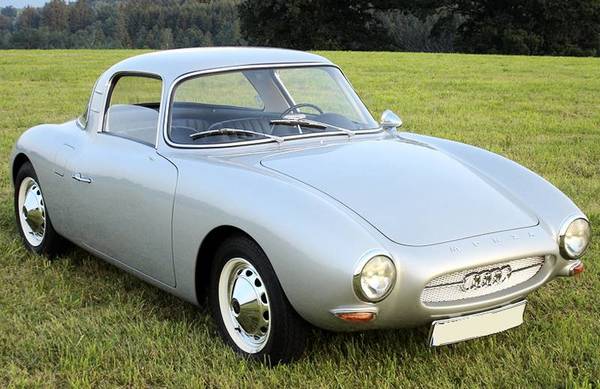 The DKW Monza was a sports car built on an Auto Union DKW base. Named after the world-famous Italian Grand Prix circuit, the car set five world records in 1956.

After the series of wins by the DKW 3=6 'Sonderklasse' in European touring car racing and rallying in 1954 and 1955, two racing drivers started to develop a sporty body for the successful model. Günther Ahrens and Albrecht W. Mantzel designed a record-breaking car on the basis of the 3=6, incorporating an extremely lightweight plastic body built at Dannenhauer & Stauss in Stuttgart, Germany.

The complete vehicles were first built by Dannenhauer & Stauss in Stuttgart, then by Massholder in Heidelberg and lastly by the company Robert Schenk in Stuttgart.

Fritz Wenk had to discontinue his Monza production in 1958 after the new Auto Union 1000 Sp was launched in 1957 and Auto Union refused to provide additional new chassis for his production of the Monza.

In December 1956 a team consisting of two Germans and two Swiss spent alternating times driving a DKW Monza around the racecourse at Monza, Italy. With an average speed of 140 km/h (87 mph), the team of drivers set five international records.

The glass-fiber reinforced polyester coupe body had a smaller aerodynamic resistance due to its rounded frontal area and low profile. This made it much faster than the standard DKW. Like all DKWs of those days, the Monza had a compact chassis, 1.61 metres (63 in) wide and 1.35 metres (53 in) high, with an average weight of about 780 kilograms (1,720 lb). This was 115 kilograms (254 lb) less than the DKW 3=6 limousine (4-door. Sedan).

Conflicting reports as to the actual numbers built has been circulated. One of the reasons for this is that there was never an accurate record kept. With several companies making them at various times it was difficult to maintain a good production record. Therefore, it was very difficult to suggest a final production report on the actual number of Monzas built. Making it more difficult was the additional used vehicles at the company and Monza kits that were sold to the public. The number of produced Monzas varies between 230 - 240, (Theoretically possible, according to letters of Wenk to Massholder and Schenk and dealers, but not verified.) to 155 to 53. According to the realistic number of items appear to be about 70 - 80 . Today there are still about 40 to 50 cars. 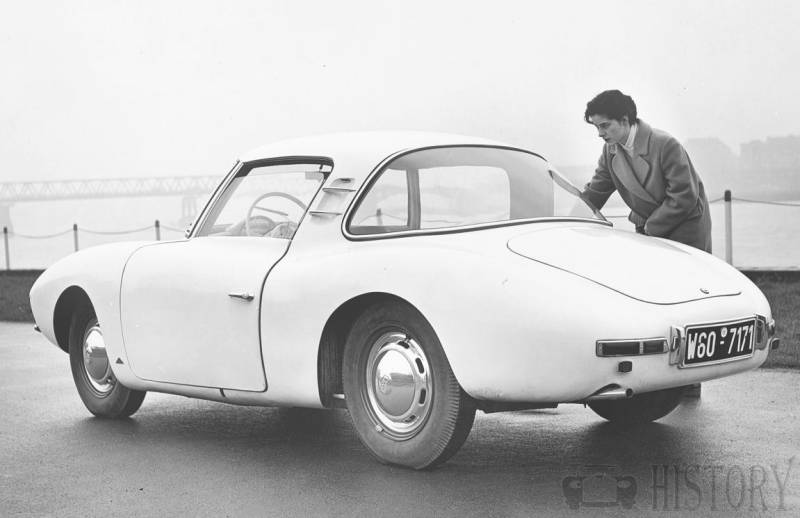