The Pantera was a sports car produced by the De Tomaso car company of Italy from 1971 to 1991, the last one being delivered to a customer in 1992.

The word "Pantera" is Italian for "Panther".

Thanks to Ford's funds, the Pantera saw light of day in 1969, and while Alexjandro de Tomaso owned the rights to sell it in Europe, Ford retained them in the USA. Unlike the Mangusta before it, the Pantera used a steel monocoque structure because it was to be sold through Ford dealerships and thus needed to be high volume, hence fast, in production. Double wishbones were mounted at each corner and remained for the car's life, as did Ford power. In 1982 the updated GT5 was launched, with wheel arch extensions allowing 10-inch (254mm) and 13-inch (330mm) wide wheels and massive Pirelli tyres, for better cornering. The mid-mounted Cleveland V8 (named after the plant where it was built) offered much scope in tuning, as did the later 5.0 HO V8, which had twin turbochargers bolted and mustered over 180mph (289km/h) in the Gandini-styled 450 of 1990.

The car was designed by American designer Tom Tjaarda and replaced the De Tomaso Mangusta. Unlike the Mangusta, which employed a steel backbone chassis, the Pantera was a steel monocoque design, the first instance of De Tomaso using this construction technique. The Pantera logo included a version of Argentina's flag turned on its side with a T-shaped symbol that was the brand used by De Tomaso's Argentinian cattle ranching ancestors.

The car made its public debut in Modena in March 1970 and was presented at the 1970 New York Motor Show a few weeks later. Approximately a year later the first that production Panteras were sold, and production had been increased to three per day.

The curious slat-backed seats which had attracted comment at the New York Show were replaced by more conventional body-hugging sports-car seats in the production cars: leg-room was generous but the pedals were off-set and headroom was insufficient for drivers above approximately 6 ft. (ca. 183 cm) tall. Reflecting its makers' transatlantic ambitions, the Pantera came with an abundance of standard features which appeared exotic in Europe, such as electric windows, air conditioning and even "doors that buzz when ... open". By the time the Pantera reached production, the interior was in most respects well sorted, although resting an arm on the central console could lead to inadvertently activating the poorly located cigarette lighter.

The first 1971 Panteras were powered by a Ford 351 cu in (5.8 L) V8 engine that produced a severely underrated 330 hp (246 kW; 335 PS). Stock dynos over the years proved that power was more along the lines of about 380 hp (283 kW; 385 PS). The high torque provided by the Ford engine reduced the need for excessive gear changing at low speeds: this made the car much less demanding to drive in urban conditions than many of the locally built competitor products.

The ZF transaxle used in the Mangusta was also used for the Pantera: a passenger in an early Pantera recorded that the mechanical noises emanating from the transaxle were more intrusive than the well restrained engine noise. Another Italian car that shares the ZF transaxle is the Maserati Bora, also launched in 1971 although not yet available for sale. Power-assisted four-wheel disc brakes and rack and pinion steering were all standard equipment on the Pantera. The 1971 Pantera could accelerate to 60 mph (97 km/h) in 5.5 seconds according to Car and Driver.

In the summer of 1971, a visitor to the De Tomaso plant at Modena identified two different types of Pantera awaiting shipment, being respectively the European and American versions. From outside, the principal differences were the larger tail lamps on the cars destined for America, along with addition of corner marker lamps. The visitor was impressed by the large number of cars awaiting shipment; in reality, spending the best part of a year under dust covers in a series of large hangars probably did nothing for the cash-flow of the business or the condition of some of the cars by the time they crossed the Atlantic.

Late in 1971, Ford began importing Panteras for the American market to be sold through its Lincoln Mercury dealers. The first 75 cars were simply European imports and are known for their "push-button" door handles and hand-built Carrozzeria Vignale bodies. A total of 1,007 Panteras reached the United States that first year. These cars were poorly built, and several Panteras broke down during testing on Ford's test track. Early crash testing at UCLA showed that safety cage engineering was not very well understood in the 1970s. Rust-proofing was minimal on these early cars, and the quality of fit and finish was poor, with large amounts of body solder being used to cover body panel flaws. Notably, Elvis Presley once fired a gun at his Pantera after it would not start.

Several modifications were made for the 1972 model year Panteras. A new 4 Bolt Main Cleveland Engine, also 351 in3, was used with lower compression ratio (from 11:1 to 8.6:1, chiefly to meet US emissions standards and run on lower octane standard fuel) but with more aggressive camshaft timing (in an effort to reclaim some of the power lost through the reduction in compression). Many other engine changes were made, including the use of a factory exhaust header.

The "Lusso" (luxury) Pantera L was also introduced in 1972. It featured large black bumpers for the US market as well as a 248 hp (185 kW) Cleveland engine. The U.S. version 1974 Pantera GTS featured GTS badging but not the higher compression, solid lifter engine of its European GTS "cousin".

Ford ended their importation to the US in 1975, having sold around 5,500 cars. De Tomaso continued to build the car in ever-escalating forms of performance and luxury for almost two decades for sale in the rest of the world. These included the GT5, which had bonded and rivetted wheelarch extensions and the GT5S model which had blended arches and a distinctive wide-body look. The car continued to use a Ford V8 engine, but the 351 was eventually changed to the Ford 302 cu in (5.0 l). The last Panteras built, the Si, produced around 500 bhp. A small number of Panteras was imported to the US by gray market importers in the 1980s, notably Panteramerica and AmeriSport. In all, about 7,200 Panteras were built. 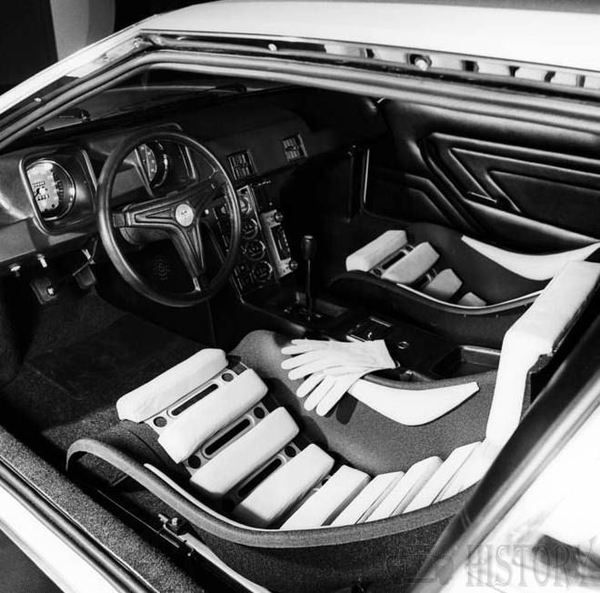 After 20 years of production, De Tomaso turned to Marcello Gandini to do a major restyling of the production model. 41 units were built of the Pantera SI until production stopped in 1993. In the UK, the model was sold as Pantera 90. 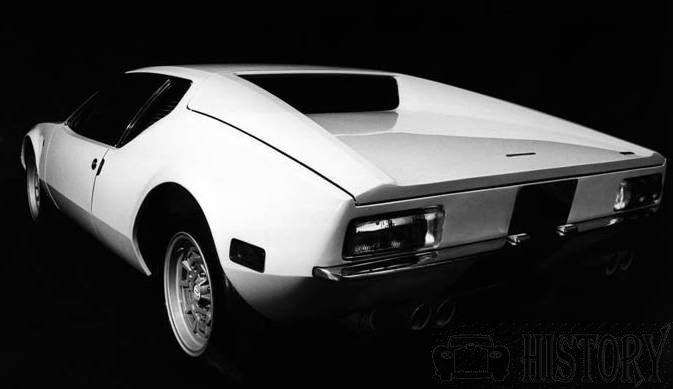