The 2.5 V8/V8-250 was the last Daimler car to feature a Daimler engine after The Daimler Company Limited was acquired by Jaguar Cars in 1960. The engine is the hemispherical head V8 designed by Edward Turner and first used in the Daimler SP250 (Dart) sports car.

The Daimler 2.5 V8 (or 2½-litre V8) was a four-door saloon produced in Coventry, England by Daimler. Launched late in 1962. Essentially a rebadged Jaguar Mark 2 fitted with Daimler's particularly smooth 2.5-litre V8 engine and drive-train, a special Daimler fluted (furrowed brow) grille and rear number plate surround, distinctive wheel trims, badges, and interior details (such as a split-bench front seat and a black enamel steering wheel) and special interior and exterior colours with its soft V8 burble a casual observer, though not its driver, might mistake it for a Jaguar Mark 2. Most cars were fitted with power-assisted steering but it was optional. Automatic transmission was standard, manual with or without overdrive became an option in 1967.

The 2.5 V8 was the first Jaguar designed car to have the Daimler badge. The Daimler V8 engine was more compact and therefore lighter than the six-cylinder engine used in the Jaguar Mark 2, and weighed approximately 50 kg ("1 cwt") less. Spring and damper settings were revised accordingly to suit the altered weight distribution. The Daimler's stance on the road was noticeably different from a Mark 2.

Three years after its launch, a Daimler 2½-litre saloon with automatic transmission tested by the Britain’s Autocar magazine in May 1966 had a top speed of 112 mph (180 km/h) and could accelerate from 0-60 mph (97 km/h) in 13.6 seconds. An overall fuel consumption of 19.0 miles per imperial gallon (14.9 L/100 km; 15.8 mpg-US) was achieved. The test car was priced in the UK at £1,647 including taxes: Rover's 3-litre with automatic transmission was retailing for £1,770. At the end of 1965, the final drive ratio had been changed from 4.55:1 to 4.27:1, addressing complaints that the car as launched in 1963 had needed to exceed its recommended rev limit in order to reach its top speed, with a corresponding penalty in fuel consumption and engine noise and wear. The testers found the car refined and well equipped with efficient, if rather heavy, brakes. The engine and transmission were felt to be well matched. The car was quiet and smooth but short on low speed torque. 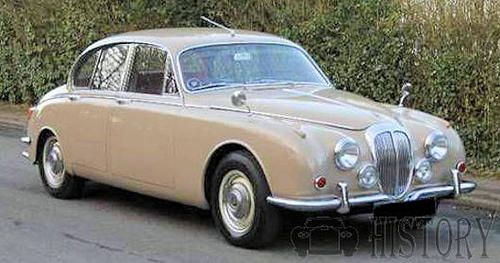 Produced from October 1967 – 1969 it was a slight face-lift and re-labelling of the 2.5 V8 saloon and differed in relatively small details: "slimline" bumpers and over-riders (shared with the Jaguar 240/340 relabelled at the same time), negative-earth electrical system, an alternator (instead of a dynamo) and twin air cleaners, one for each carburettor. Other new features included padding over the instrument panel, padded door cappings and ventilated leather upholstery, reclinable split-bench front seats and a heated rear window. Power steering and overdrive were optional extras. 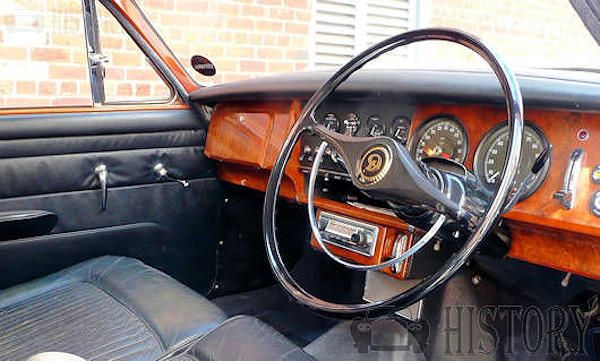 Aside from the smoother and more powerful engine and a number of external markers the Daimler V8-250 was simply a more luxuriously finished Jaguar 240. The 250's place in the Jaguar range was always ill-defined. Whilst historically Daimler had been a genuine luxury and super-luxury brand the 250, though far better equipped than the base-model Jaguar 240, lacked some interior appointments found on the 340. The Daimler 250's engine, being a V8 (in its home market a prestige feature), producing 142 bhp (106 kW)—in between the outputs of the 2.4- and 3.4-litre six-cylinder engines. The V8-250 was a car with a high prestige badge sitting in the middle of its parent-company's range. 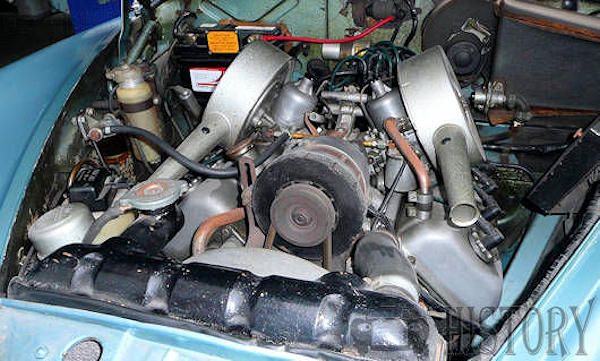 At the end of 1968 the Jaguar range was replaced by the new XJ6 and the following year saw the launch of the Daimler Sovereign variant, which replaced both the V8-250 (for dealers if not customers) and the 420-based Sovereign. Henceforth all new Daimlers would be re-badged Jaguars with no engineering links to the pre-1960 Daimlers. 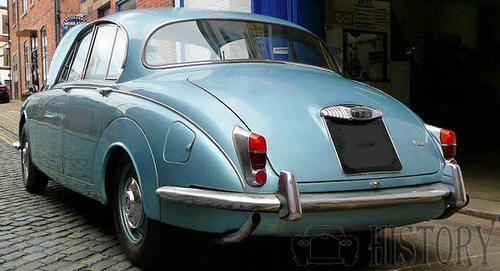