The fifth generation Cuore received the chassis code L700, with L710 being used for four-wheel-drive versions. The new model appeared in the fall of 1998. While the engines of cars sold in the domestic Japanese market had to stay beneath the 660 cc threshold, export versions received a new larger engine: the 989 cc EJ-DE was a 12-valve DOHC three-cylinder, producing 56 PS (41 kW) at 5,200 rpm.

Also new for export models was the availability of a three-speed automatic. For some markets the previous 850 cc ED-DE engine was retained.

Production of the L700 Mira was picked up in Malaysia in 2001, where it was sold alongside the Kancil as the Perodua Kelisa with the familiar Daihatsu E-series engines of 850 & 1,000 cc. Perodua ended production of the model in 2007. 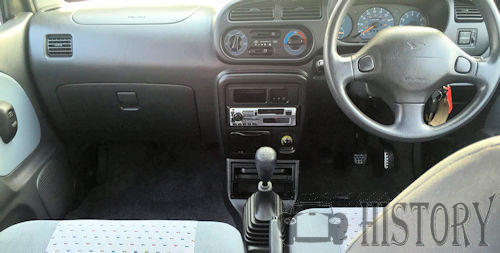 A retro version of the Daihatsu Mira based on the L700 platform began production in 1999, replacing the preceding Mira Classic. The Mira Gino received features and options similar to those of the regular variant but was styled with a retro look.

The Mira Gino was originally only offered with a 659 cc engine in Japan, but the 1-litre EJ-VE engine (as for the export market L700s) was briefly available in Japan as the Mira Gino 1000. A car based on the second generation Gino (which received its own modelcode of L650/L660) with a one-litre engine was sold as the Daihatsu Trevis in export markets 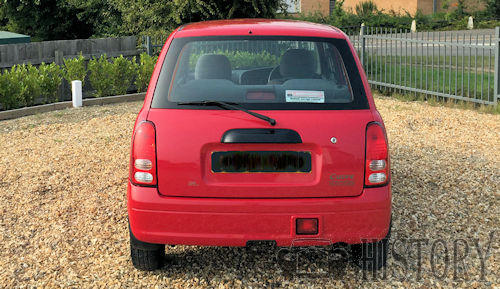