The fourth generation was introduced in January 1993, again with hatchback and (later) sedan bodies. Being somewhat larger than the predecessor, the 1.0 L engines were no longer offered in most markets, although the 1.0 remained available in Australia in the G202 Charade. The SOHC 1.3 L became the base motor instead for most markets. The sedan, introduced in 1994, featured a 1.5 L engine with optional 4WD. The bigger engines were also available with hatchback bodywork. The diesel received the G213 chassis code, while all other models had codes in the G200 range. The diesel models were dropped in all markets where they had previously been available. An unusual version is the Australian market G202, which came equipped with the CB24 1.0 litre engine. The heads and emission hose layout are completely different from the earlier CB-23. In Australia, the fourth generation was assessed in the Used Car Safety Ratings as providing "worse than average" protection for its occupants in the event of a crash and the second generation was assessed as "significantly worse than average". 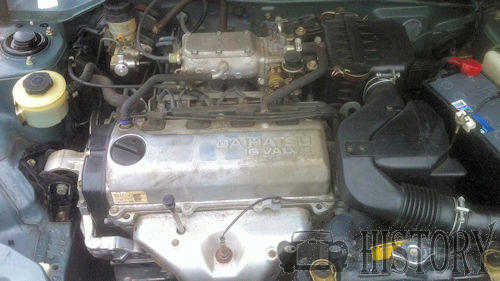 The turbocharged GTti version was replaced by a more conventional GTi with an SOHC 16-valve 1.6 L engine. In the Japanese domestic market this version was named in honor of Italian ex-racing driver Alessandro deTomaso (the previous owner of Innocenti, who had worked closely with Daihatsu), including a racing-derived camshaft, and was capable of 124 PS JIS (91 kW) in the Japanese market. The export version, simply called "GTi", was detuned to 105 PS (77 kW) DIN. De Tomaso also added their own bodykit, Recaro seats, a Nardi Torino steering wheel, and Pirelli sports tires. A total of 120,000 Charade GTis were produced following this joint effort. 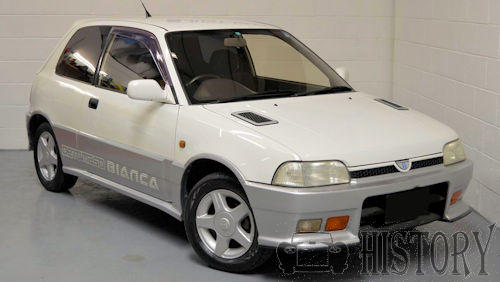 The Charade was restyled in 1996, only two years after release. It now had a "smiley face" grille and changed headlights, looking more like its Toyota sibling, the Starlet. It was produced until 2000, when it was replaced by the Sirion and Storia.

Nameplate use with other vehicles

In Australia, the name had previously been used for the L500 series of the Daihatsu Mira, which was sold there as the Daihatsu Charade Centro between March 1995 and 1998.

In 2003, the Charade name was resurrected in Europe, Australia, and South Africa, on a rebadged version of the Daihatsu Mira (L250). It was positioned one market segment below its previous generations and was available as a three- or five-door hatchback with a 1.0-litre inline-four engine. It has since been discontinued in Australia in 2006, due to Toyota retiring the Daihatsu nameplate there. The L250 series of the Daihatsu Mira was produced for other markets until 2007.

From 2007, Daihatsu in South Africa offered the Daihatsu Mira (L275) as the Charade in that market.Production ended in c. 2011.

In 2011, Daihatsu Europe brought the Thai- built Toyota Yaris (XP90) on the market as the Daihatsu Charade. This was to be the last model introduced under the Daihatsu nameplate in Europe, as Daihatsu left the market in January 2013. 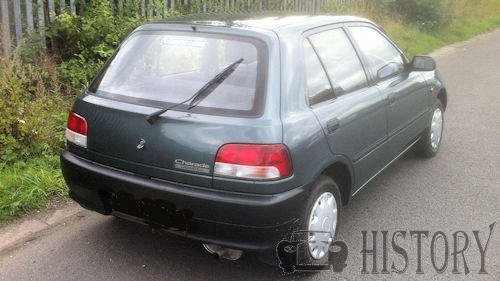