In May 1976, responding to a change in the Kei car regulations, Daihatsu increased the Fellow Max' engine size to 547 cc and gave it a new chassis code (L40/L40V). The name remained, although the "Fellow" portion received less prominence and some marketing material simply referred to the car as the "Max 550". The new "AB10" four-stroke two-cylinder engine replaced the old two-cycle "ZM". This, developed with help from Toyota, was an overhead camshaft design (belt-driven) which also featured balance axles to smoothen the inherently imbalanced two-cylinder design. The AB10 engine was also briefly sold to Suzuki for use in the four-stroke version of their Fronte 7-S. The cleaner four-stroke offered less power than the revvy 360, down to 28 PS (21 kW) at 6,000 rpm. Torque increased somewhat, to 3.9 kg·m (38 N·m) at a significantly lower 3,500 rpm.

New bumpers meant length and width were up marginally to 3,120 mm (122.8 in) and 1,305 mm (51.4 in). Claimed top speed was 110 km/h (68 mph), somewhat lower than that of the 360. With Honda withdrawing from the Kei market segment, Daihatsu became the only maker to offer a Kei car featuring front-wheel drive. The Van used the front end and front doors from the two-door Max, but with a more square-rigged rear end featuring a split tailgate (divided horizontally) and a folding rear seat which allowed for a flat loading floor. 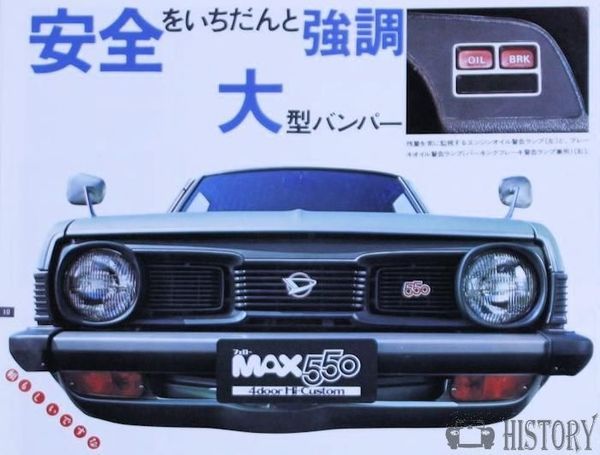 In July 1977, the name was changed to Max Cuore (chassis code L45, although Vans remained L40V). The new name also heralded a wider body shell (up to 1,395 mm or 54.9 in) which also increased the length to 3160 mm for the sedan and 3165 mm for the wagon. By March, 1979 the car was renamed Daihatsu Cuore (though it still carried discrete "Max" badging), along with a power upgrade to 31 PS (23 kW) at 6000 rpm. Torque increased to 4.2 kg·m (41 N·m) for the engine, which now featured the DECS (Daihatsu Economical Clean-up System) emissions control system to meet the stricter 1978 (53年) emissions standards. The front grille and emblems were changed, while the seats were improved and new colors (inside and out) became available. The Cuore Van, available in Standard, DeLuxe, and Super DeLuxe grades, now had 29 PS (21 kW) on tap.

In most of Europe, the car was simply called Daihatsu Cuore beginning in 1977, although it retained the "Max" prefix in some markets. Export versions received the same lower-powered engine as the Cuore Van did in Japan. 1980 saw the introduction of the parallel commercial series Daihatsu Mira, while the name "Max" finally disappeared entirely from the Cuore. In Japan, the 1979 Max Cuore was available as Standard (two-door), Deluxe (two or four doors), Custom (four-door), Hi-Custom (two or four doors), and Hi-Custom EX (four-door). The top of the line Hi-Custom EX was new for 1979. 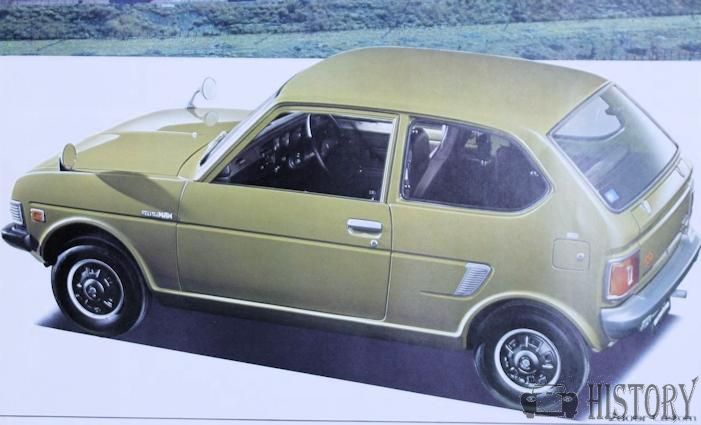