The second generation was introduced in 1994 but differed little from the original model, retaining the same chassis. A 16-valve 1.6 litre multi-point injected engine was available in Australia. The Australian Feroza II SXP variant with roces (regd) was available in 1993 although the carburettor model was dropped from the Japanese lineup, with only the 95/105 PS engine remaining in the lineup. Italian manufacturer Bertone built a variation powered by the BMW M40 engine, with 100 PS (74 kW) called the Bertone Freeclimber II. The Rocky/Feroza was partially replaced in 1998 by the Terios.

The Daihatsu Rocky is a mini SUV that was manufactured by Japanese automaker Daihatsu between 1987 and 1998.

To avoid confusion, owners often refer to the models by their factory model number F-300 or F-310. The F-310 variant, marketed as the MkII Sportrak or Feroza II featured a flared guards to accommodate a wider track than the F-300. 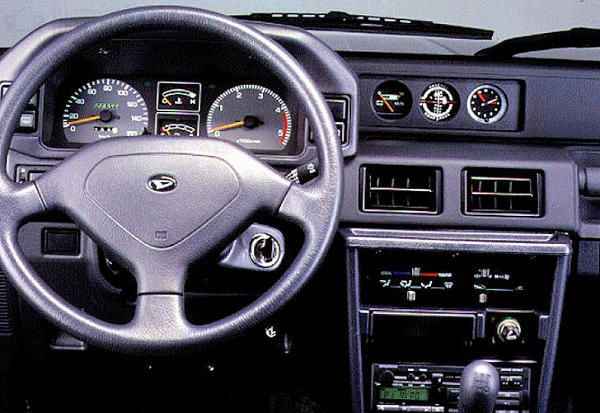 Fitted with a Daihatsu 1600 cc SOHC 16Valve inline-four petrol engine, Carburated or EFI, linked via a manual gearbox or Aisin automatic transmission, propshaft and differential to the front wheels and rear axle to provide either four wheel drive or two wheel drive depending on the driver requirement. 2WD, 4WD Low and 4WD High are selected using a selector next to the gear stick in the cabin. Full-time 4WD with lockable inter-axle differential version were available, but without Low speed in transfer case.