To maximize cargo carrying space while still staying in the "kei" class regulations, a cabover approach was adopted in 1964, offering buyers the choice between the first generation style or the cabover approach. This generation appearance was also introduced as the larger "New Line" Daihatsu cabover truck, shared with the Daihatsu Compagno.

The cabover bodystyle approach appeared after the 1950 Volkswagen Type 2, the 1961 Ford Econoline, the 1961 Chevrolet Greenbrier, and during the same year as the Dodge A100. 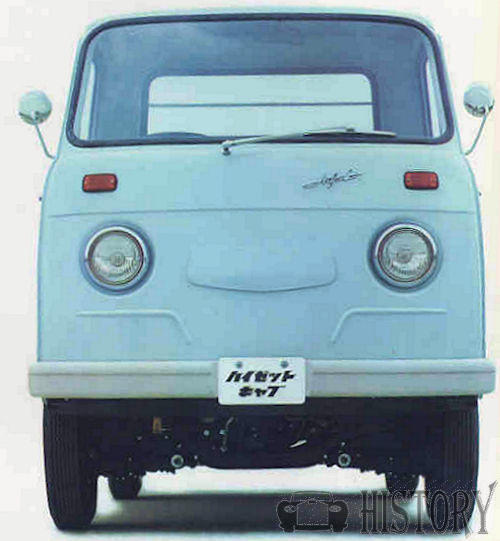 The Daihatsu Hijet is a microvan and pickup truck produced by the Japanese automaker Daihatsu. Despite the similarities between the Hijet name and Toyota's naming scheme for its trucks and vans (Hiace and Hilux), the name "Hijet" has been in use for Daihatsu's Kei trucks and vans since 1960, over two decades before Toyota took control. "Hijet", when transliterated into Japanese, is very similar to "Midget", one of Daihatsu's other mini-trucks. The Hijet competes in Japan with the Honda Acty, Subaru Sambar, Mitsubishi Minicab, and the Suzuki Carry.

First model change from previous generation saw minor improvements, to include installation of the front door hinges to a conventional implementation as opposed to the rear hinged door. This generation was also offered as an all electric truck and van. 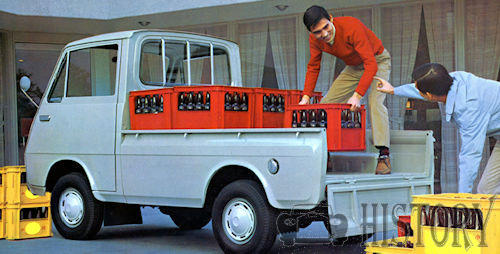