The UFE-III (Ultra Fuel Economy-third generation) is a mini-hybrid concept car being developed by Daihatsu.

The vehicle can transport three people (one driver, and two passengers in the rear). The hybrid system comprises a 660-cubic centimeter direct-injection gasoline engine, two motors, and a nickel–metal hydride battery.

Daihatsu estimates the UFE-III's fuel economy at 72 kilometres per litre (170 mpg-US). The body is in polymer and ultra-light aluminum with a canopy door and pointed LED headlamps. The UFE-III has an aerodynamic drag coefficient (Cd) of 0.168 and is controlled by steer-by-wire technology. Third generation of the "Ultra Fuel Economy" UFE, it was first shown in October 2005 at the Tokyo Motor Show. 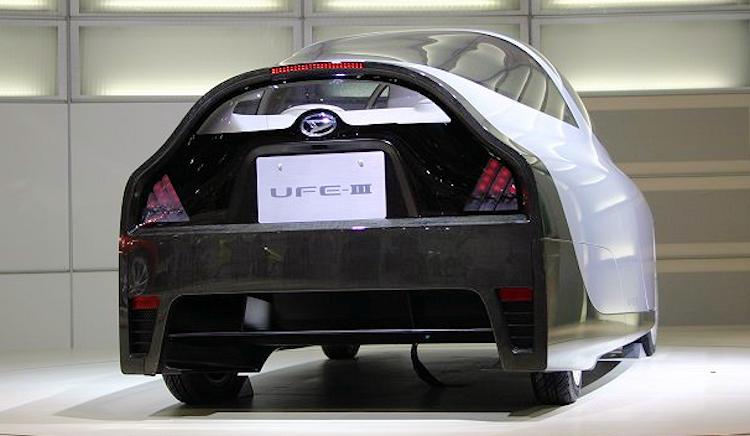