In 2000, Daihatsu gave the Terios a mild facelift both in the exterior and interior of the vehicle. A new chrome grille replaced the black plastic grille. The high-grade model gained electric front windows, central locking, rear seat head restraints, alloy wheels, roof rails and a roof-mounted rear spoiler. Mechanically, the 1.3 litre SOHC four-cylinder engine fitted to the previous model had been replaced by the new 1.3 litre DOHC four-cylinder engine. Power was also increased by 3 kW (4 hp). A sport version of the K3-VET engine was produced in Japan.

In Australia, a limited edition sports series was introduced in 2001 with only 200 units being available. The vehicle had body colour matching bumpers, different from the two-tone bumper colour on the standard model. Rear spoiler and sunroof became standard. The interior was updated with metallic paint finish on the centre console and dashboard.

This was the first Daihatsu to be assembled in Venezuela, where production began in November 2001. 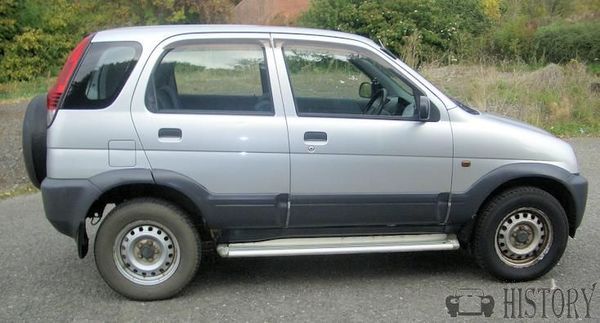 The first-generation Daihatsu Terios is also known as Toyota Cami. In Malaysia, the car is locally assembled as the Perodua badge as Perodua Kembara.

In India, there is a Terios-derived vehicle known as the Premier Rio from Premier Automobiles Limited, which is a re-badged Zotye Nomad I. It is powered by a Peugeot diesel and petrol engine, and since 2012 has a Fiat diesel option.

In China, it is known by two ways: one of them as under the badge as Zotye 2008 and 5008 propelled with a 1.5-litre engine provided by Mitsubishi (first series body); as an unauthorized copy of the car, which caused some controversy, and the FAW badged it as the Huali Terios. Since 2009, Daihatsu withdrew from the China market due to bad performance, and sold the tooling and rights of this car to First Auto Works (FAW), who has been their partner in China. The new name now is the FAW (or YiQi) M80 SenYa (森雅). Two versions 1.3L (K3) and 1.5L (3SZ) are sold, with either five or seven seats. Both engines are imported Toyota DVVT engines.

In Indonesia, a version of the Terios is known as the Daihatsu Taruna, with a longer rear-based body capable of seating seven people. The Taruna was launched in 1999 with a different fascia and a 1589 cc HD-C petrol engine. The name Taruna translates roughly as "young knight" or "cadet" in Indonesian. It is available with standard CL and FL trims; deluxe CX and FX trims; and sporty CSX and FGX trims. There are also CSR and FGZ trim level, which are similar to CSX and FGX.

A more "stylish" version, the Daihatsu Taruna OXXY, was launched in March 2005. 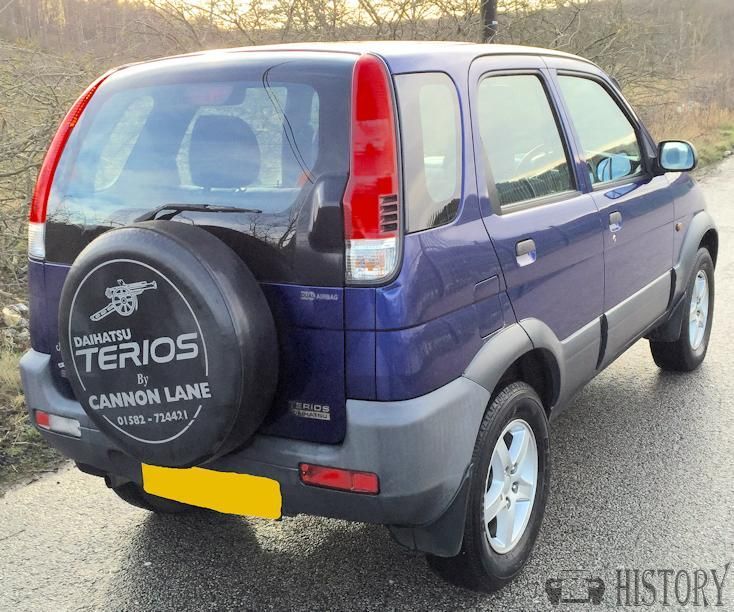