For Japanese Domestic Market, the car sold as Daihatsu Boon and Toyota Passo available with 1.0 L and 1.3 L engine. The major difference between the JDM's Sirion are automatic version where the gear-changing located beside the steering on the dashboard and the handbrake below the steering. As usual the JDM car will have both front-wheel drive and four-wheel drive version. A 1.0 L turbo version with 4WD also available known as Boon X4.

The Boon/Passo was designed for European tastes, and the model took on a larger and stockier frame. It weighs about 940 kg (2,072 lb). 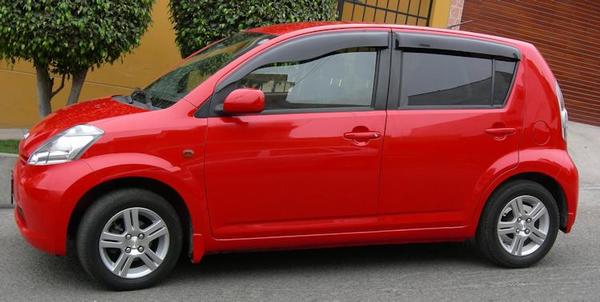 On May 25, 2005, Malaysian car maker Perodua launched a variant of the Boon/Passo known as the Perodua Myvi. Sporting a few cosmetic differences, the Myvi became Perodua's best-selling car in Malaysia for 2006, 2007, 2008 and 2009.

In 2007, Daihatsu launched the Boon/Passo in Indonesia using the facility and parts from the Perodua Myvi.

Also in 2007, the new Subaru Justy was unveiled at the Frankfurt Motor Show, and using the Daihatsu Sirion/Toyota Passo model it is positioned as an entry-level model in Subaru’s line-up. This is more than expected since Toyota has some stakeholding in Subaru.

Toyota and Daihatsu launched an extended 7-seater version of the Passo and Boon called the (Japanese: Toyota Passo Sette) and the (Japanese: Daihatsu Boon Luminas) in Japan on the 25th of December 2008. Sette means seven in Italian, referring to the car's 7-seater capability. The Passo Sette and Boon Luminas were discontinued in early 2012 due to poor sales. The Malaysian variant was launched in the country as Perodua Alza.

In April 2013 Toyota New Zealand announced its decision to stop selling the first generation Sirion, still on sale, stating it was unable to secure Daihatsu products that comply with future regulatory standards for New Zealand.

Daihatsu has unveiled its Boon in Japan on February 15, 2010 alongside the second generation Toyota Passo.

A new MyVi based on the second generation Boon/Passo was released in Malaysia on June 17, 2011. 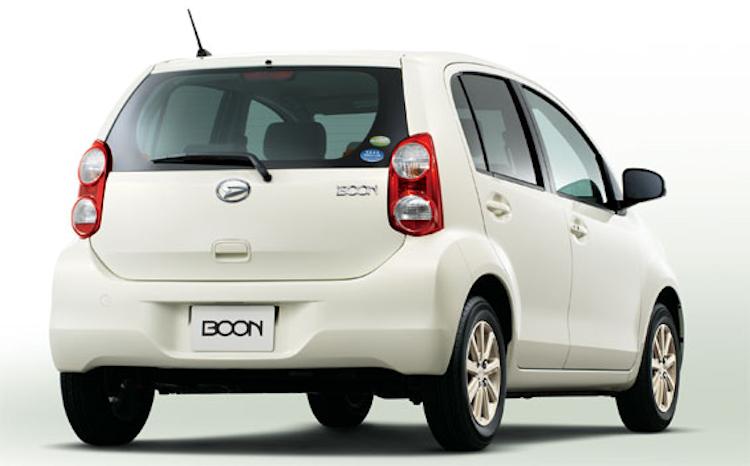