The Daihatsu Rocky is a mini SUV that was manufactured by Japanese automaker Daihatsu between 1987 and 1998.

To avoid confusion, owners often refer to the models by their factory model number F-300 or F-310. The F-310 variant, marketed as the MkII Sportrak or Feroza II featured a flared guards to accommodate a wider track than the F-300.

Fitted with a Daihatsu 1600 cc SOHC 16Valve inline-four petrol engine, Carburated or EFI, linked via a manual gearbox or Aisin automatic transmission, propshaft and differential to the front wheels and rear axle to provide either four wheel drive or two wheel drive depending on the driver requirement. 2WD, 4WD Low and 4WD High are selected using a selector next to the gear stick in the cabin. Full-time 4WD with lockable inter-axle differential version were available, but without Low speed in transfer case. 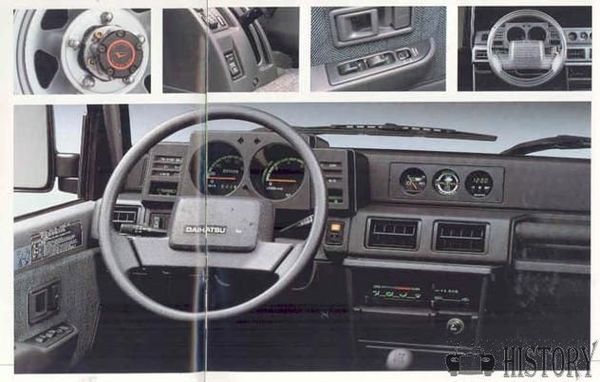 The first generation cars sold between 1989 and 1993, powered by a 1589 cc SOHC 16-valve four-cylinder engine, Daihatsu model HD-E or HD-C. Power ranged between 75 and 105 PS (55 and 77 kW) in Japan. It was available with a three-door body only, and was one of the first mini SUVs introduced by Japanese manufacturers during the 1980s. In Europe and Australia, the Rocky was known as the Daihatsu Feroza, as the name "Rocky" was used for the larger Rugger/Fourtrak in most countries. The export model had a detuned version of the more powerful engine, with 95 PS (70 kW). As the Rocky, this was one of two models, alongside the Charade, sold in the United States during Daihatsu's brief presence in that market.

The F300 Rocky/Feroza underwent some very minor facelifts during its production, mostly limited to different grilles with early cars having a chromed unit. The taillights were mounted in the bodywork, but some cars had blinds in these spaces and instead carried their taillights in the rear bumper. 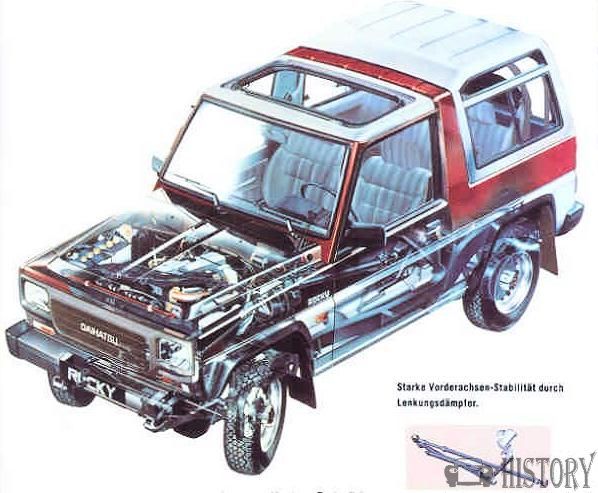