The Daihatsu Leeza was a kei car with coupé styling launched in Japan in December 1986. It was taken out of production in August 1993 after having been largely replaced by the Daihatsu Opti of 1992. While having coupé lines, most of the Leezas sold in Japan were technically speaking commercial vehicles (with strapping points and temporary rear seats) to take advantage of ample tax breaks for such vehicles.

Later in its life the Leeza was also available as a convertible named the 'Spyder' which had a leather interior. Power output from the carburetted 550 cc EB-series three-cylinders was originally either 32 or 50 PS, depending on whether a turbocharger was fitted. In January 1989 the TR-XX EFi, a fuel injected 64 PS version was added, followed by a Club Sports edition in October which offered a lowered suspension and body kit.

While a modern and clean design for its time, and with an airy interior, the sloping rear glasshouse made the rear seat rather cramped indeed. The front seats were spacious, but at the expense of the rear - fitting four adults in the Leeza would not be comfortable for any of them. The 32 PS version (manual, five-speed) went from 0-60 mph in 21.3 seconds in a period British road test, reaching a top speed of 75 mph (121 km/h) "Driven hard" it returned a gas mileage of 41.3 mpg-imp (6.84 L/100 km; 34.4 mpg-US), although one could expect much higher with some economising. Suspension, steering, gearing: in short all design parameters of the Leeza were designed with city use in mind, making it not very well suited to highway use. 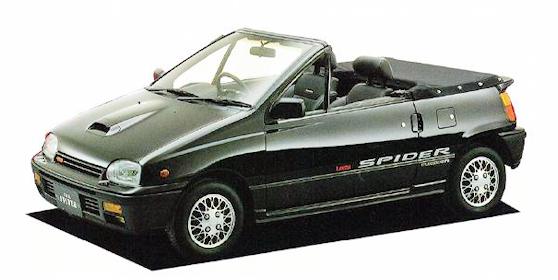 In March 1990, the Kei car regulations changed. Unlike its competitor the Suzuki Cervo, Daihatsu chose to update the Leeza, giving it the new chassis code L111. The new Leeza, arriving a little later than its more popular sibling the Mira, in August 1990, was now available for between ¥698,000 and ¥950,000 in R, ChaCha and OXY trim lines. The larger 50 PS 660 cc engine and slightly enlarged bodywork made for a more usable car, and allowed for the fitment of more safety equipment. However, the tax advantages for faux commercial vehicles had been withdrawn, and the Leeza was now only sold as a passenger car, limiting its market.

Five months after the update the turbocharged OXY-R (with the maximum 64 PS allowed to kei cars) arrived, with a prominent bonnet vent for the intercooler. Daihatsu also went through the effort of making a two-seater convertible version of the Leeza called the "Spider" ready for production. There was also a Spider-based show car in 1991, called the FX-228. The Spider (L111SK), only fitted with the turbocharged engine, arrived in November 1991 and lasted until the end of production in August 1993. 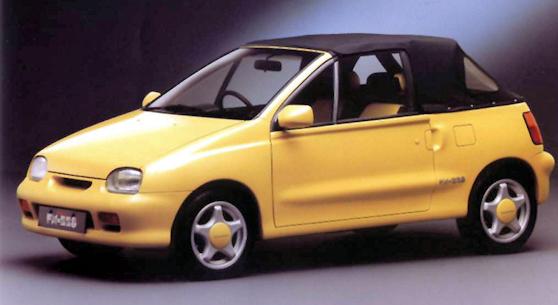