The Daihatsu Move is a kei car, produced by Japanese automaker Daihatsu since August 1995. The Move is designed to be as tall as compact cars like the Suzuki Wagon R. Daihatsu successfully sold 500,000 Moves during its first three years of production. The Move is built upon the chassis of the Daihatsu Cuore but with a taller body.

The first generation Daihatsu Move was sold with a 659 cc straight-three engine in Japan, and with an 847 cc ED20 engine in export markets. The JDM version was called the L600, or L610 when equipped with four-wheel drive, while the export model was called the L601. Later (in 1997), a version called the Move Custom appeared. This had bigger headlights and a more traditional front-end treatment, combined with a more aggressive overall look. The Move Custom line has continued to be available throughout the new generations of the Move.

There was also a four-cylinder version, also of 659 cc. Available from the time of introduction, this was fitted with the DOHC 16-valve turbocharged JB-JL engine, and it was only available with front-wheel drive and 64 PS (47 kW). This version has the L602 chassis code.

In October 2006, the fourth generation (L175/L185) Move was introduced. A KF-VE-type non-turbo engine and a continuously variable transmission (CVT) were available on this model, providing superior acceleration performance and higher fuel efficiency of 23 km/L. This latest Move is also one of the few kei cars available with optional side curtain airbags. (The Honda Zest was the first.)

The fifth generation (LA100/LA110) was introduced in late 2010 as 2011 models. A minor design refresh from the fourth generation, and a new option to have a crash-avoidance system, a first for kei cars.

The sixth-generation (LA150/LA160) Move was launched in Japan on December 12, 2014. This generation features a lightweight high-rigidity body structure which features a more high-rigid body structure and an reinforced underbody, improved suspension system, and a power mode-switching steering switch that allows drivers to change the control of the engine and CVT at the touch of a button.

Fuel economy is now up to 31.0km/L while turbocharged models (Custom only) can get up to 27.4km/L. 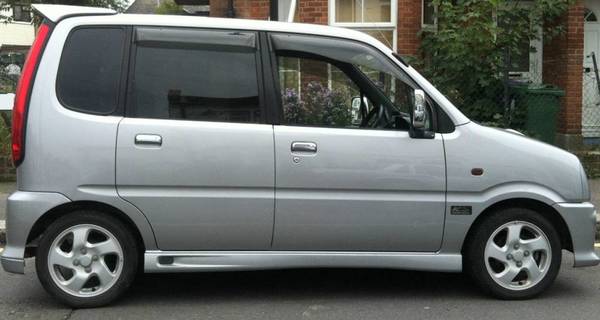 In Malaysia, Perodua manufactures a version of the Move called the Kenari.

In China, the FAW Tianjin joint venture between First Automobile Works and Toyota produces a petrol and electrical version of the Move. The electric version is exported to the US as the Miles ZX40.

Variations on this model include the Grand Move, Move Latte and Move Custom. Move Custom versions have been available in all generations of Move, it features a sportier look than does the original Move and is often equipped with sport rims and bodykits.

These are the other variations of the Move to have appeared over the years:

A cosmetic variation of the Daihatsu Move with a target market of women in their late twenties and early thirties who frequent cafes and is related to the Daihatsu Mira Gino, another kei car with distinctive retro styling which is based on the Daihatsu Mira.

Another cosmetic variation of the Move geared at a more stylish look launch in August 2008. Having a similar appearance to the Scion xB it is considerably smaller as it is a kei car. It produces 58 brake horsepower (43 kW) in the standard model and 64 brake horsepower (48 kW) in the turbocharged model It also available with Custom model. In September 2011, a Toyota version of the Daihatsu Move Conte, the Pixis Space, was debuted. 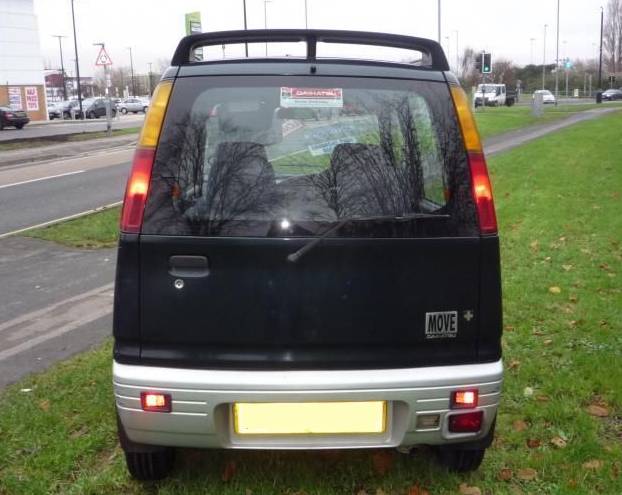