The Copen was originally designed with a 660 cc turbocharged engine in order to meet Japanese kei car regulations. However, since this engine did not meet environmental emissions standards in several other countries, the Copen was fitted with a more powerful 1.3 L non-turbo engine in these markets.

At the 2005 Frankfurt Motor Show, Daihatsu revealed two new trim levels of the Copen, the 1.3l and the 'ZZ'.

The Copen has been featured on the UK show Top Gear where James May attempted to find the best convertible car. The contestants were the Mercedes-Benz CLK, Audi A4, Citroën C3 Pluriel, Volkswagen New Beetle, and the Copen. James loved the Copen, but he had one small problem: it felt "toy-ish".

Less than one year after the car's discontinuation, Daihatsu announced the Copen would be returning to production with a new model. At the 2013 Tokyo Motor Show, Daihatsu unveiled two Copen concept cars called the Kopen, with the tag line "Future Included".Production of the new model was announced on June 19, 2014.

The Copen has been restyled to be more angular than its predecessor with a new monocoque chassis structure called a D-Frame. The structure allows owners to select the interior and exterior design of the car according to their preferences. The body panels are made of 13 separate resin components, 11 of which are interchangeable to modify design and colors. The Copen also features a new suspension system, a new 660cc turbo three-cylinder engine with DVVT, better sounding exhaust system and weight reduction. 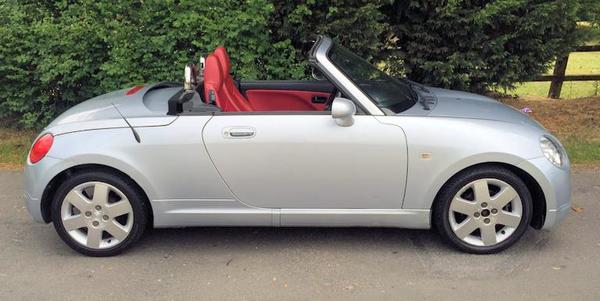 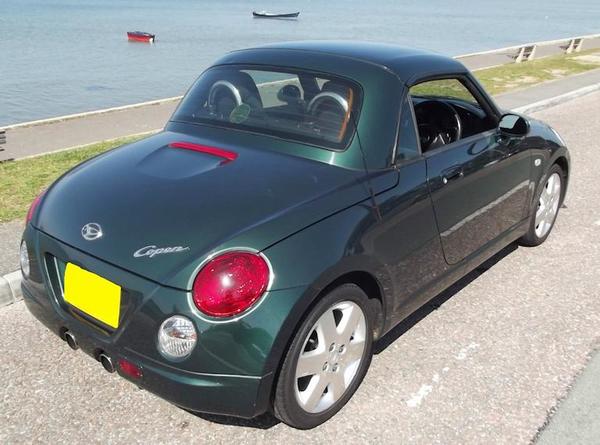