The Daihatsu Charmant is a compact sedan built by Daihatsu of Japan, based on the Toyota Corolla. It was replaced by the Daihatsu Applause. The Charmant was originally a spin-off of the Toyota Corolla of the 1970s; model changes paralleled those of the Corolla. All Charmants were fitted with Toyota inline-four engines, ranging from 1.2 to 1.6 litres. The word "charmant" is French for charming.

First presented in November 1974, the A35 Charmants, based on earlier Corollas, were normally equipped with 1166 cc engines producing 66 PS (SAE) and 1290 cc engines producing 72 PS (SAE) at 5,200 rpm. This type of engines were coded as 3K (1.2L) and 4K (1.3L) Toyota engines and came with a four- or five-speed manual transmission, as well as a two- or three-speed automatic option. The 88 PS (SAE) 1588 cc overhead valve 12T engine was also available from 1978 on; this could also be ordered with a three-speed automatic with overdrive. There was also a 1.4 litre engine available, offering 86 PS (SAE).

In Japan only the 1.2 and 1.4 litre models were originally available, as the A10 and A20. These were replaced by the 1.3 and the 1.6 in April 1978 (A30 and A40), along with minor changes to the exterior and interior, including a new grille and dashboard. A protective side strip was also added. The new engines were the 4K-U and the 2T-U, while the van received the 4K-J (while retaining the T-J) - these engines fulfilled the commercial vehicle emissions specifications. In July an automatic version of the 1.6 appeared.

Unique to the first generation, a station wagon was also available. This was called "Van" in the Japanese domestic market, where it was classed as a commercial vehicle. The Van was introduced in December 1974, a month after the saloons. 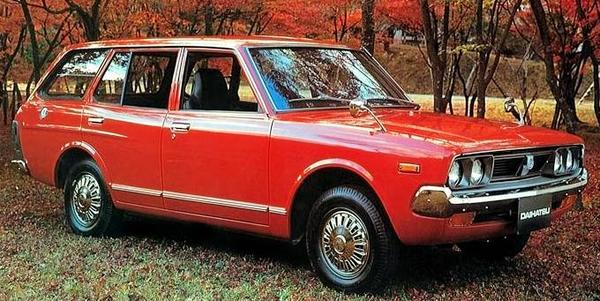 A new Charmant was launched at the Frankfurt Motorshow in September 1981 with new squarer bodywork that was somewhat outmoded already when being introduced, as was its front-engine, rear-wheel drive layout. The only bodywork available is a four-door sedan.

The Charmant had an independent front suspension (struts), and a live four-link rear axle. Suspension settings were soft, for maximum comfort. The car underwent a minor facelift in autumn 1984.

The Daihatsu Charmant production ended in late 1987, leaving a gap at the top of Daihatsu's lineup. In 1989, the Applause appeared to fill the Charmant's shoes. 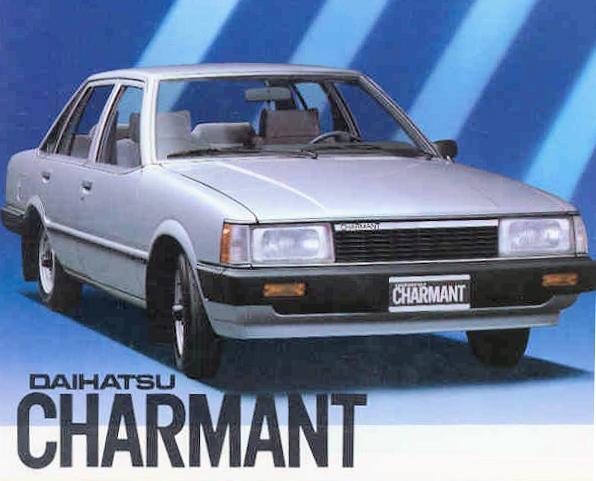