The Daihatsu Bee is a three-wheeled microcar produced by the Japanese manufactuer Daihatsu from 1951.

Although Daihatsu had been producing motorized tricycles for carrying freight since 1930, and had also produced a small car for military use in 1937, the Bee was the first passenger car the company built for sale to the general public. 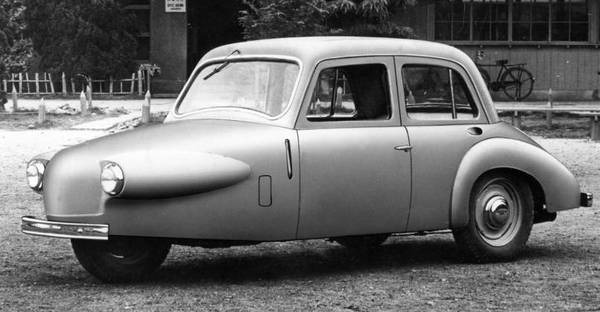 The car was marketed from October 1951, shortly before the company changed its name from 'Hatsudoki Seizo Co' to Daihatsu.

Photographs show the car with a two-door fibreglass body, though other sources state that it had a four-door body instead and as a result was popular as a taxi.

Power was provided by a rear-mounted 540 cc OHV air-cooled two-cylinder four-stroke engine. It was the first car in Japan with a horizontally opposed engine. The car was adapted from one of Daihatsu's three-wheeled delivery trucks. It sold very poorly, production was highly labor-intensive and ceased after only approximately 300 units were built. 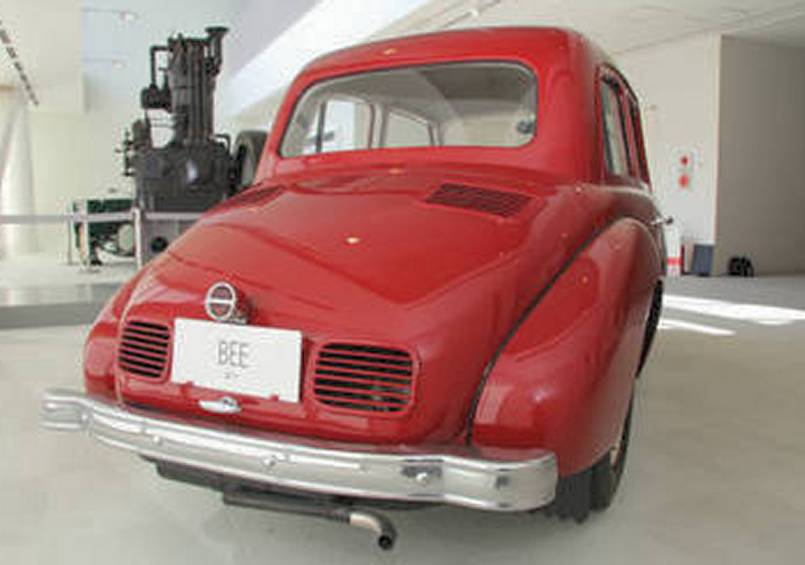