The first Hijet received a 360 cc two-stroke engine, as was dictated by the kei car laws of the time. The Hijet's development has long followed the evolution of Japan's kei regulations, with an increase to 550 cc in 1976 and then 660 cc for 1990. Exterior dimensions have also increased somewhat, from 3 x 1.3 m originally to 3.4 x 1.475 m today. Export versions have usually been somewhat larger as bigger bumpers and sometimes wider bodies are fitted. 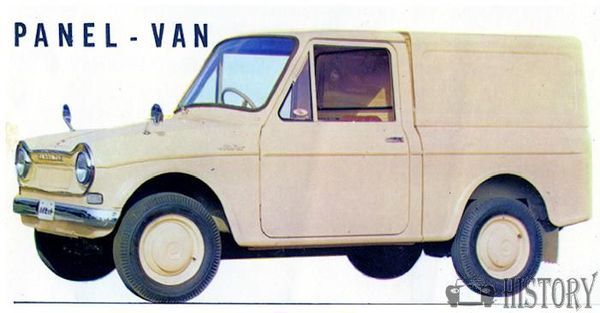 The first vehicle to bear the name Hijet from Daihatsu was a kei truck in November 1960, with the enclosed body van in May 1961. The first Hijet used a conventional front engine, rear drive format with the driver sitting behind the engine, in a similar pickup fashion. The exterior dimensions and engine displacement were in compliance with "kei class" regulations in Japan at its introduction. As a result, the ability to carry loads was very much reduced.