Daihatsu Motor Co., Ltd.  is the oldest Japanese car manufacturer, mostly known for its range of smaller models and off-road vehicles. The headquarters are located in Ikeda, Osaka Prefecture. 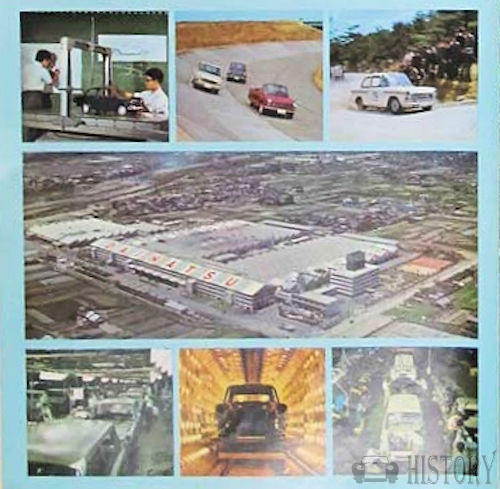 Daihatsu was formed in 1951 as a successor to Hatsudoki Seizo Co. Ltd, founded in 1907, as part of Hatsudoki's major restructure. Hatsudoki's formation was largely influenced by the Engineering Department's faculty of Osaka University, to develop a gasoline powered engine for small stationary power plants.

During the 1960s, Daihatsu began exporting its range to Europe where it did not have major sales success until well into the 1980s. Since February 1992, Toyota distributes Daihatsu models as part of its North American distribution. In Japan, many of Daihatsu's models are also known as kei jidōsha (or kei cars).

Daihatsu Diesel Motor Manufacturing Company was formed in 1966 as an affiliate company to produce marine engines and diesel generators. 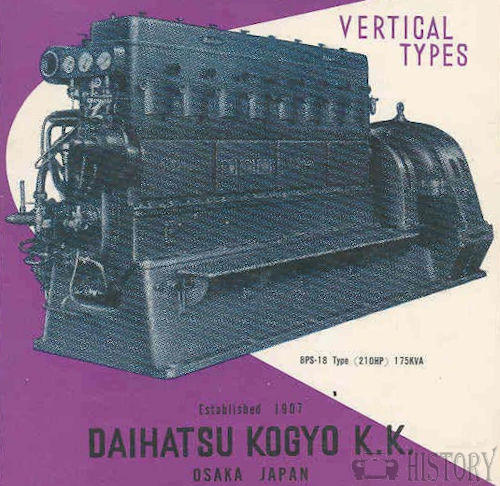 In January 2011, Daihatsu announced that it would pull out of Europe by 2013, citing the persistently strong yen, which makes it difficult for the company to make a profit from its export business. Following the financial crisis Daihatsu's sales in Europe plummeted, from 58,000 in 2007 to 12,000 in 2011.

Following the 1997 Asian financial crisis, Daihatsu shut their plants in Thailand and withdrew from the market entirely. Until withdrawing in March 1998 they had mostly been selling the Mira range in Thailand, with certain local modifications.

It was reported on 31 March 2005 that Toyota would withdraw Daihatsu from the Australian market after sales fell heavily in 2005, in spite of the overall new-car market in Australia growing 7%. Daihatsu ended its Australian operations in March 2006 after almost 40 years in that market.

Daihatsu's operations in Chile where Daihatsu is a well-known brand for its 1970s models such as the Charade or Cuore were also threatened after low sales in 2004 and 2005. However, Toyota has stated that it intends to persist in the Chilean market for now, one of Daihatsu's top sales are Feroza.

In Trinidad and Tobago, Daihatsu has had a market presence since 1958 when its Midget Mk.I was a popular choice among market tradesmen. From 1978 until 2001, a local dealer marketed the Charmant, Rocky, Fourtrak, and then later, the Terios and Grand Move which proved to be popular sellers. The Delta chassis remained a popular market choice from its introduction in 1985 until today. Toyota Trinidad and Tobago Ltd. (a wholly owned subsidiary of Toyota Japan) now markets Daihatsu Terios, YRV and Sirion under stiff competition.

Daihatsu announced on 13 January 2011 that sales of Daihatsu motor cars will cease across Europe on 31 January 2013. This was due to the increasing strength of the Japanese Yen, which has increased prices beyond competitive levels. Daihatsu states that there is no stock of new Daihatsu cars in the UK, and they do not expect to import any new cars in this interim period.

Toyota New Zealand announced on 8 April 2013 that sales of new Daihatsu vehicles in the country would end by the end of the year, citing a lack of products that would comply with future NZ regulatory standards. No additional new vehicles were being imported as of the announcement date.

Daihatsu has also supplied cars under different badges to various automakers in the past. The company currently provides engines and transmissions to Malaysia's Perodua, which manufactures and markets rebadged Daihatsu cars locally, and sells a small number of Perodua cars in the United Kingdom. After the launch of Perodua, Daihatsu's Malaysian operations were reduced to concentrate on the commercial truck market, which it markets its Delta and Gran Max commercial truck chassis to; Daihatsu had formerly sold Charades and Miras in the country prior. Daihatsu Motors, Ltd. has manufactured select Scion vehicles for Toyota in the US market since 2002. 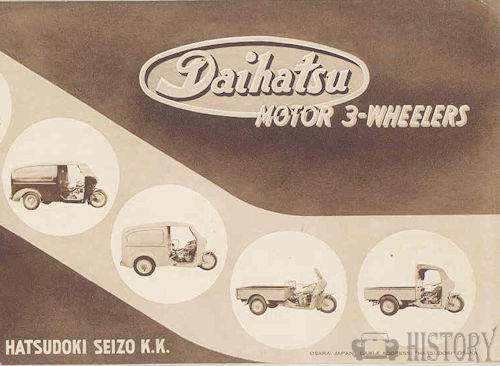