The Dacia Pick-Up, also called Dacia Gamma in some international markets, or Dacia Shifter in its early years, was a light pick-up truck manufactured by Romanian auto marque Dacia. The 31 years of production saw the manufacturing of a total of 318,969 vehicles.

The Dacia Pick-Up was derived from the first generation pick-up model Dacia 1302, which was introduced in 1975.

In 1982, after the 1302 was dropped, the Dacia 1304 single-cab pick-up and drop-side models were introduced, followed by 1307/1309 double cab models in 1992, and by 1305, a front-wheel drive version of the pick-up model, in 1994. These model lines were a commercial success and remained in production, and were gradually face lifted and modified, along with the rest of the range, until December 2006.

The vehicle was available with a number of different transmission styles including front wheel drive, rear wheel drive and 4x4.

During its time in production many types of engines were available to power the truck: a 1.3 litre, 1.4 litre, or 1.6 litre petrol engines or 1.9 litre Renault diesel engine.

The Gamma was the last of the Dacia models to be based on the Renault 12 that made up the majority of the Dacia model range since the late 1960s. They were marketed bearing the new blue logo of the manufacturer after 2003.

The line was eventually discontinued and replaced by Dacia Logan Pick-Up. 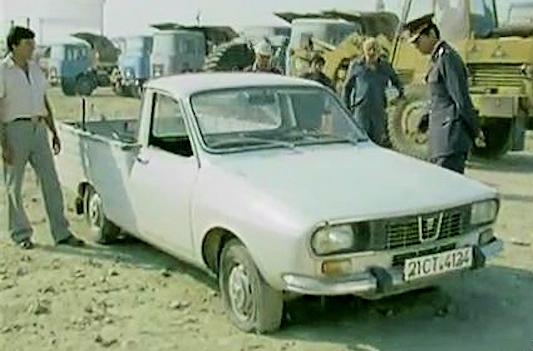 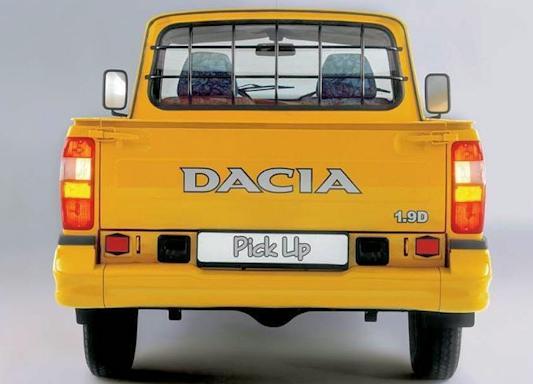