Among the new features introduced with the new model is a new three-cylinder turbocharged 0.9-liter engine, capable of developing 90 hp (67 kW) and 135 N·m (100 lb·ft). The other two engine options are a 1.2-liter petrol engine, available also as an LPG variant, and a 1.5-liter diesel engine, available with two power outputs.Their performance figures are predominantly similar to the ones of the second generation Sandero.

Another addition is the Media Nav system, already introduced earlier in the same year on the Lodgy, consisting of a 7-inch touchscreen display with multimedia functions and a navigation software included. Other new features are speed limiter, cruise control, rear parking sensors, and front and side airbags, as well as ABS and ESP, as standard. The interior has been significantly revised, with new chromed elements added, and the hood is now supported with a damper. A new Eco button, placed on the dashboard, limits the engine revs to 4,000 rpm. 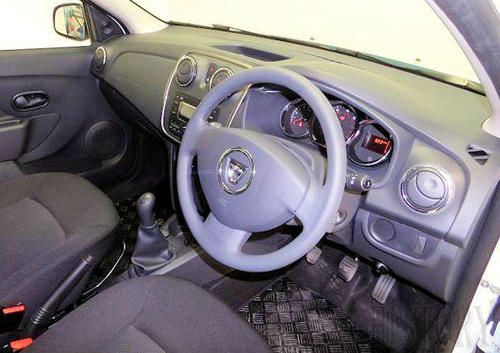 The new Logan is available in three different trim levels: Access, Ambiance and Laureate. The Access level comes with black bumpers and power steering, and is available only with the 1.2-liter engine. Ambiance has body-colored bumpers, wheel covers, Eco mode function, power lock doors, front power windows or CD player, and as options there are metallic paint, fog lights and air conditioning. Laureate adds body-colored door handles, fog lights as standard and trip computer, and additionally can be ordered with metallic paint, Media Nav system, leather upholstery, parking sensors, cruise control or alloy wheels. This is the only equipment level available for the 90 hp (67 kW) version of the 1.5-liter diesel engine.

Sales in Romania began in November 2012, with a starting price of €6,690. It is manufactured in Mioveni, Romania, and in Casablanca, Morocco, at the Somaca factory, for the North African market. There will be no seven-seat or panel van versions of the second generation Logan, as they have been replaced by the Lodgy and the Dokker respectively.

The basic equipment list includes equipment that is standard across all versions of the Dacia Logan MCV.

Previously, the model had been spotted covered in camouflage in the month of June 2012, and CGI impressions of the new model were released by the Russian automotive magazine Za Rulem. Official photos with the new Logan were released by Dacia on 17 September 2012.

The third generation Renault Symbol is a rebadged version of the second generation Logan. It was revealed at the 2012 Istanbul Motor Show, and is manufactured in Bursa, Turkey. It went on sale on the Turkish market at the beginning of 2013, also being released in Algeria and Tunisia.

The station wagon version of the car made its debut at the 2013 Geneva Motor Show. It has five seats and a luggage capacity between 573 litres (20.2 cu ft) and 1,518 litres (53.6 cu ft), featuring the same standard equipment and engine range as the sedan. It is scheduled to be marketed starting from the second half of 2013. 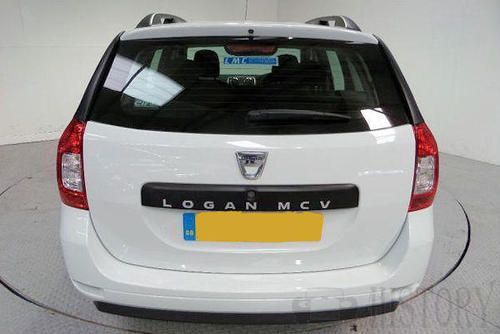