The Dacia Lodgy is a compact multi-purpose vehicle (MPV) developed by the Romanian manufacturer Dacia, officially launched at the 2012 Geneva Motor Show.

Based on a new platform, the Lodgy is a front-wheel drive and is powered by a choice of 4-cylinder engines: a 1.5 L diesel (in two variants) and two petrol engines, a 1.6 L aspirated and a 1.2 L turbocharged Energy TCe 115.

Lodgy is the first Dacia model to offer speed limiter, on the Laureate level, and navigation system with a 7-inch touchscreen display, as an option. Bluetooth and USB connectivity, previously introduced on the Duster, are also available.

The car will be available only in left-hand drive from launch, and with a choice of 5 and 7-seater models. It is manufactured at an all-new Renault factory in Tangier, Morocco. 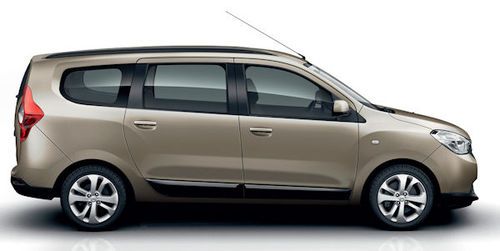 The Lodgy received three stars in Euro NCAP's crash test rating, considered to be the lowest result for a car in 2012. In the test the rear passenger floor panel and tunnel were completely separated and the transmission tunnel was deformed between the front seats. 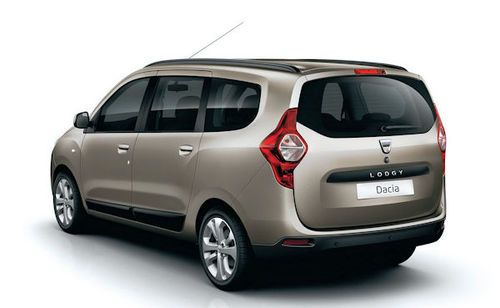