JAWA is a motorcycle and moped manufacturer founded in Prague, Czechoslovakia in 1929 by František Janeček. who bought the motorcycle division of Wanderer. The name JAWA was established by concatenating the first letters of Janeček and Wanderer After 1990,  A successor company was formed in 1997 in Týnec nad Sázavou, continuing the name as JAWA Moto.

In 1934 Jawa started to build D.K.W cars under licence The Jawa 700 had the DK. W, 2-cylinder 2-stroke 684cc engine, front drive and chassisless wood-frame body, but used a longer wheelbase. It was available with various bodies, later versions having steel ones.

Streamlined specimens of this make in open and closed form were quite successful in numerous sports events, A new model, the Minor, built to Tatra designs but based on D.K,W, principles,was introduced in 1937. It had a 2-cylinder 2-stroke 615cc engine and front drive. At first it was available as a very attractive two-seater roadster; later a saloon version was also offered.
The Jawa Minor was the basis for the post-war Aero Minor, Motorcycle production continued after the war, and a number of prototype minicars were
built between 1953 and 1956. 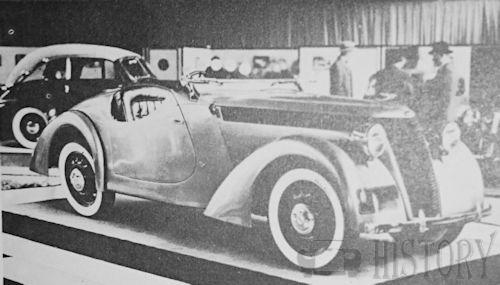