Automotive Manufacturer of Coventry United Kingdom from 1919 on 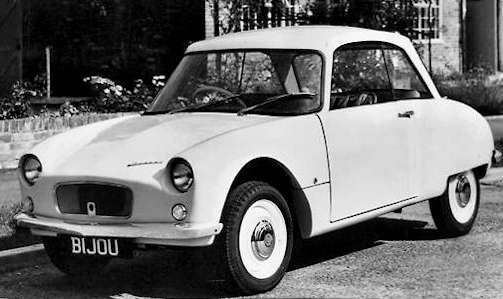 André Citroën founded the branch office Citroën Gear Ltd. in 1913 . Co. in Slough for the production and sale of gears . In 1919, the sale of Citroën automobiles began with Gaston Limited of London . From 1923 Citroën Cars Limited.

On February 18, 1926, an assembly plant for automobiles was opened in Slough. The assembly of vehicles began, which corresponded to the French models. However, they had right-hand drive.

Between 1959 and 1964, an independent model was created. The brand name was Citroën, 1965 ended production. Since then, it has only been responsible for the distribution of Citroën vehicles in the United Kingdom. The current company name is Citroën UK Limited. The company is located at Pinley House, Sunbeam Way 2 in Coventry .

The only independent model was the Citroën Bijou , which was built between 1959 and 1964. Peter Kirwin-Taylor was the designer. On the chassis of the 2 CV a coupe body made of plastic. The new price was above the price of a mini presented in the same year. Market success remained low.