The second generation C5 was officially unveiled in October 2007 and does not retain the hatchback body style, instead being a regular, three box saloon of an aerodynamic shape. However, this second generation is often criticised, especially by core Citroën fans, for its German-like exterior design, which makes it look more like a German saloon, than a French one. It was launched in February 2008,with the wagon version following in May 2008. and receives the name of Tourer. This C5 won 2009 Semperit Irish Car of the Year, as well as being awarded 2008-09 Japan's Import Car of the Year.

The second generation is available with conventional springs as well as the hydropneumatic suspension and 2.7L Ford AJD-V6/PSA DT17 engine from the Citroën C6. In 2009 the 2.7L was replaced by an updated 3.0L unit which, despite offering more power, has improved fuel consumption and emissions. In 2010 the 2.0L HDi 140 and the 2.2L HDi 173 engines were replaced by the 2.0L HDi 160 engine mated to a 6 speed automatic or manual transmissions to comply with the Euro 5. Similarly, the 2.0L 16V 143 bhp petrol engine was replaced by the 1.6L THP 155 from the DS3 mated to a six speed manual transmission. 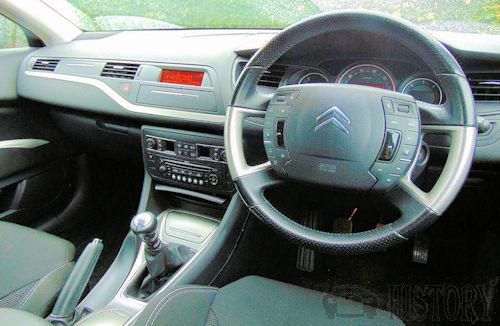 In July 2012, the C5 was given another mild facelift with a few cosmetic changes such as softer chevron badging, modified c5 badging, softer chevron "grille" as per the recently updated C4, and exclusive badges (on the Exclusive) on the sides in front of the front doors. For the Exclusive the onboard GPS/radio head was also changed to the eMyWay unit which features full bluetooth connectivity and iPod/USB interface.

Comprising a package of services including the emergency and assistance calls, Citroen eTouch also proposes a virtual maintenance manual and an Eco-Driving service accessible via the MyCitroen personal area on the web. For calls, Citroen eTouch works completely independently. The system is equipped with a GPS module and a SIM card, with no need for a call plan and unlimited over time. The vehicles features two buttons, "SOS" for emergency calls (the call is also triggered automatically in the event of impact) and "Double Chevron" for assistance calls. The emergency call gets emergency services to customers faster, for accident victims and bystanders alike. The two services are free and available at any time. 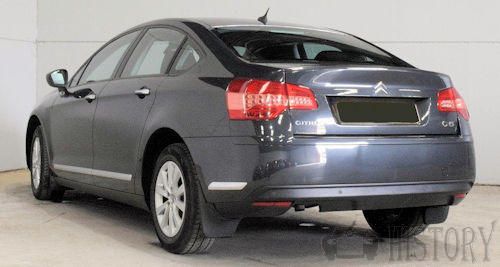