The Second generation C4 Picasso was unveiled in March 2013 as the Citroën Technospace concept at the Geneva Motor Show.

The new C4 Picasso is built on the PSA EMP2 platform, which it shares with other PSA vehicles, including the Peugeot 308, successor to the Peugeot 307. Since the EMP2 platform is considerably lighter than the First generation's PF2, the C4 Picasso boasts a lower weight than the smaller Citroën C3 Picasso MPV.

The Second generation of the C4 Picasso has a 537-litre boot capacity, increasing to 630-litres with the three rear seats downright. The passenger front seat also folds flat, enabling the vehicle to transport objects up to 2.5 metres in length.

Depending on country, the available features and equipment vary accordingly, Daytime Running Lamps (DRLs) above the headlamps are standard in all EU markets. The vehicle also boasts a wide array of features including: Anti-lock Braking System (ABS), Electronic Brakeforce Distribution (EBD), Emergency Braking Assistance (EBA), Intelligent Traction Control (ITC), and Electronic Stability Control (ESC). Further, the vehicle also has an upgraded lane departure warning system (LDWS) over the previous generation, utilising digital imaging and line recognition to vibrate the front seatbelts in Exclusive+ models and warn of a lane change at low speed. This gives the possibility to wake or alert a sleeping or distracted driver.

The C4 Picasso gained a back-up rear view camera, and an optional 360 degree panoramic vision system which consists of four wide angle cameras fitted in the front, the rear door, and the side mirrors to eliminate blind spots and aid parking. A parking assistance system is also optional on the Piccaso, which with the help of mounted ultrasonic sensors can determine a suitable parking space for a semi-automatic parking experience. This same bumper-mounted radar system is utilised for the Active Cruise Control (ACC) feature on the Exclusive+ trim. The radar is able to detect the distance and speed of vehicles and slow the vehicle or brake if necessary to avoid a collision. The dashboard user interface was also upgraded, now featuring a 12 inch panoramic color display which allows for the display of navigation, and other road assistance tools, with a degree of customization. The car also received a touch sensitive 7" tablet to control the navigation system, carkit, multimedia system and other infotainment features. The audio system features an 8 speaker JBL system powered by a dedicated custom designed amplifier, unlike most other Citroen cars that feature a Denon audio system.

Reviewers overall were impressed with the large five-metre squared space inside the vehicle, surrounded by large windows and thin door pillars. RACCars.co.uk were critical of the ETG6 gearbox, echoing previous criticisms from other reviewers, but praised the new platform for absorbing road imperfections easily and improving the driving experience. 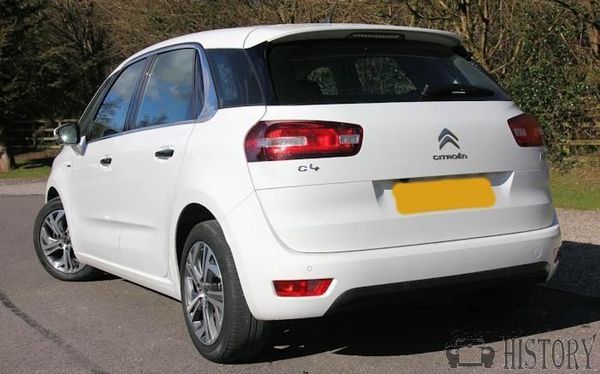