The Citroën C-Cactus was a concept car that previewed the production C4 Cactus at the 2007 Frankfurt Motor Show. The C-Cactus was displayed as an "ecological" car with a hybrid diesel drivetrain estimated to be capable of 69 mpg (3.4 l/100 km) on the combined cycle with emissions of 78g/km of CO
2.

Designed to embody simplicity, the C-Cactus had an 'appealing, modern and upbeat' design. Almost all the materials used were recyclable. Citroen introduced a number of new design features to the C-Cactus. The dashboard being removed in favour of grouping key controls on the central console and steering wheel hub, while a modular stowage system, allowing the sliding of the rear bench to reveal further under-floor stowage, increased bootspace from 500 to 1100 litres.

The concept car has sharp styling and attractive features. Its curves give it a fun look and strong appeal, while the angles and rounded lines of the bodywork underline its dynamic character. It is 4.2 metres long and 1.8 metres wide with a wide range of equipment including air conditioning with automatic temperature control, a high-quality audio system, a panoramic glass sunroof, cruise control and a speed limiter. Moreover, the interior of the car has been created by removing material. This idea of decorating "in a vacuum" is reflected in the patterns present on the door panels and seat frames. The patterns cut-out in the door panels show the apple green felt inserted between panel and metal. The main role of this part is to soundproof the vehicle, but its colour and cut-outs make it an integral part of the décor. The same flower, plant and butterfly patterns – symbolising the environment, purity and well-being – are also found on several other cabin features. 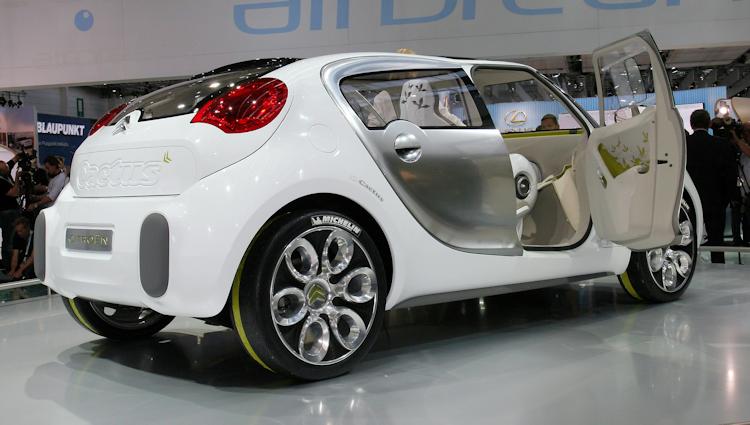 Designed to be capable of running almost silently on battery power at low speed, the C-Cactus also has a 30 bhp (22 kW) 'electric motor', which helps the engine at higher speeds for overtaking. As well as featuring a diesel particulate filter, the ultra-clean C-Cactus emits only 78g/km of CO
2 – meaning that if it went into production, it would be exempt from UK vehicle excise duty and plans for an extended congestion charge. While driving in city it can be named ZEV (Zero Emission Vehicle). Michelin has developed special low-profile tires for the Citroen C-Cactus Concept.

The fixed-hub steering wheel includes a wide variety of functions. In addition to the usual controls, it also includes the speedometer, which is of an unusual design. The figures, placed in relief around the hub, rotate according to speed and are positioned with respect to a fixed point.

A second touch screen on the central console includes a navigation system to guide the driver on the road. It also serves as an on-board computer. This equipment endows C-Cactus with high-tech advanced features while also keeping costs down, since functions are grouped together.

The central console features two powerful high-quality active loudspeakers, with a layout that limits both wiring and installation costs. 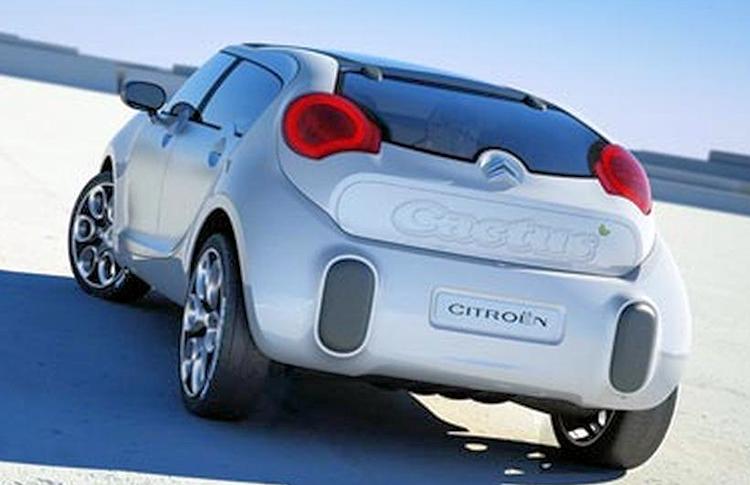