The Citroën C-Crosser is a compact crossover, launched in July 2007, designed for the French manufacturer Citroën, and produced by Mitsubishi Motors on the basis of the new Outlander. The equivalent Peugeot badge-engineered version is the 4007.

It was expected that the car would be named the C7, but it was announced that it would be called the C-Crosser. The C-Crosser took its name from the four-wheel drive concept car that Citroën first displayed in the 2001 Frankfurt Motor Show.

Together, the 4007 and C-Crosser are the first Japanese-produced cars sold under any French brand. Since 2009, they have been assembled, for Europe, in the factory that was built in the 1960s to assemble DAFs, now Mitsubishi's Nedcar plant in Born, Netherlandsand since 2011 at the Russian PSA Peugeot Citroen/Mitsubishi joint venture factory in Kaluga.

In 2012, production of the C-Crosser ended, and it was replaced by the C4 Aircross.

The second and third row of seats can be folded away to provide a flat floor and an expanded load capacity for the boot.

The rear two seats can be completely hidden away under the floor, while the second row of seating, slides to offer greater leg room or boot space, features a 60:40 split/fold function that is operated via electric controls in the boot.

This allows for the car to be used for both sporting and also for transporting groups of up to 7 people, including the driver. This is similar to the seating arrangement in the current Citroën C4 Picasso which also offers the capability of seating seven persons. 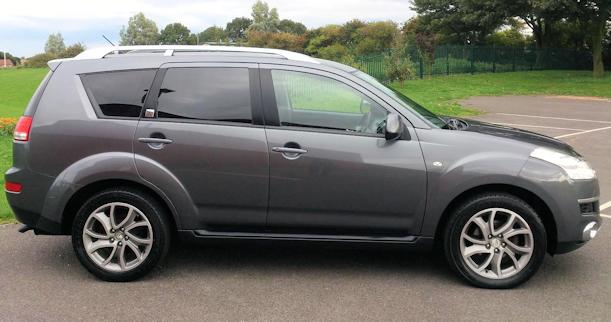 The C-Crosser’s integral transmission allows drivers to have a choice of three settings, dependent on road conditions and driving style: two-wheel drive, four-wheel drive and a lock setting designed for low-grip conditions. Ensuring an optimum blend of comfort, road holding and off-road capability. All these transmissions are selectable using the control behind the gear lever. 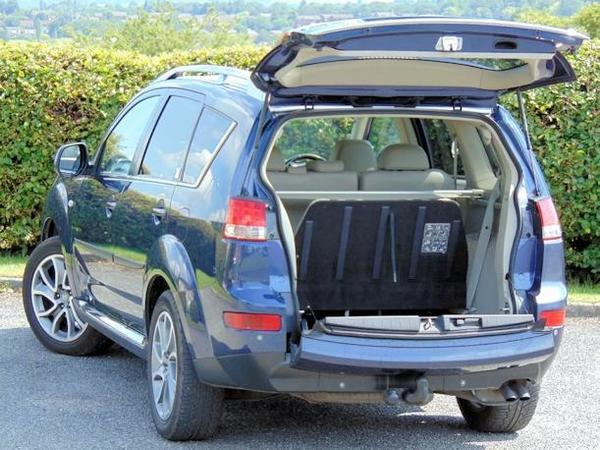