The Citroën C6 is an executive car produced by the French car maker Citroën from 2005 to 2012.

Inspired by the Citroën C6 Lignage prototype which was first shown at the Geneva Motor Show in the spring of 1999, but differs from the concept car's styling in minor details. It was intended as a replacement for the XM, and Citroën was intent on launching it before the end of 2001. The Citroën C6 Lignage formed the basis of the Citroën C6 which was launched in 2005, four years later than Citroen had originally planned. The XM ceased production in June 2000, and the first C6 rolled off the production line almost five years later. At the time, it was hoped that the C6 would go into production by the end of 2001, as the replacement for the ageing XM, which was first produced in 1989. 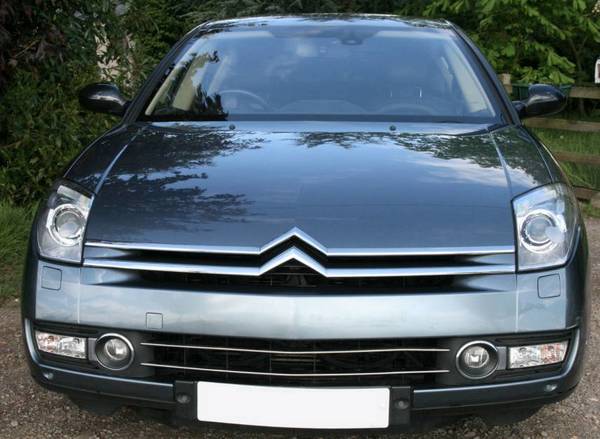 The C6 has a fastback profile which is due in part to the concave rear window, similar to the Citroën CX and some models of Dodge in the 60s. However, the C6 is a conventional sedan/saloon with a classic trunk, and not a hatchback like its XM predecessor.

The C6 was aimed as a stylish alternative to executive cars, like the BMW 5 Series and the Audi A6, and it has been described as "spaceship that rides on air", "charmingly idiosyncratic" and "refreshingly different".

Citroën hoped that the C6's selling points would be its innovative technology, which includes a head-up display, a lane departure warning system, xenon directional headlamps (also available on the Citroën C4 and Citroën C5), Hydractive 3+ suspension with electronically controlled springing and damping, and a rear spoiler which automatically adjusts to speed and braking.

The C6 was the first car to obtain four stars in the pedestrian test rating of EuroNCAP, due to the inventive design, where the bonnet pops up a little if a person/animal is hit, thus increasing the gap between the deformable bonnet and the non-deformable engine components below.

On an episode of Top Gear, Jeremy Clarkson tested the C6's Hydractive suspension by mounting a camera on it and driving it on the infield of Towcester Racecourse while filming a horse race. Despite the bumps and potholes on the infield, the C6 managed to provide a comfortable ride and stable video coverage of the race while moving at 60 kilometres per hour (37 mph). At the same time, a BMW 5 Series (with M Sport package) performed the same test, but its suspension could not keep the camera upright.

The C6 immediately became a prominent vehicle among the fleet of executive cars of the Élysée Palace. Former Presidents of France Jacques Chirac and Nicolas Sarkozy chose the Citroën C6 as their official car. Chirac, in particular, used a pre-series car before the model was introduced. The French ambassador to the UK also has a Citroën C6 as his official car, with the registration 'FRA 1'.

By October 2008, the manual transmission and the intermediate Lignage specification were no longer offered. Polar white was added to the colour options (replacing Deep Red). The standard navigation system, named until then "NaviDrive", was renamed "Concert Pack".

As of 2010, only the 3.0 HDi (240) Exclusive trim was offered in some markets, such as the United Kingdom. Options were limited to Sunroof, Lounge Pack (TGV rear seats) and "WiFi on Board", a 3G connectivity solution for the car that is little more than a MiFi box and is unrelated to the on board telephony of the car.

In 2012, Citroën ceased production of RHD cars, and rumours suggest the C6 will be replaced by the DS9, based on the Citroën Numero 9 concept car. 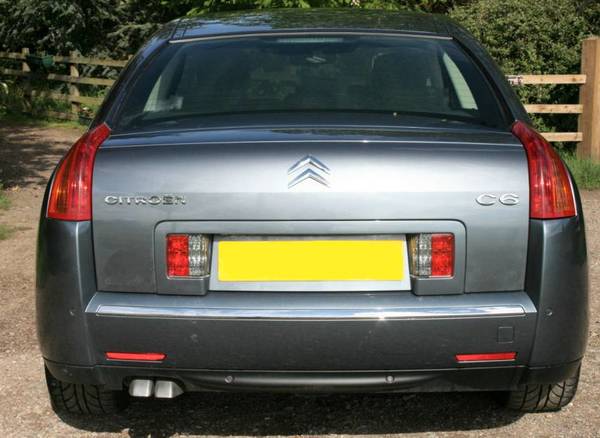