The Citroën Xsara is a small family car produced by French automaker Citroën from 1997 to 2006.

The Xsara was a development of the Citroën ZX and Peugeot 306 shared platform of chassis and running gear. The 306 and the related Citroën ZX were widely regarded as the best handling small family cars of the time until the arrival of the Ford Focus.

It came in three and five-door hatchback and five-door estate body styles; the estate was marketed as the Break and the three-door as the Coupé. The styling shared cues with the larger Bertone designed Xantia, but was regarded as bland by the motoring press. The straight-4 engine range includes 1.4, 1.6, 1.8 and 2.0-litre petrol engines as well as 1.6, 1.9 and 2.0-litre turbodiesels, and in some countries, a 1.5-litre TUD diesel engine.

The familiar range of PSA powertrains drove the front wheels of a seemingly conventionally designed chassis. At the front was a standard MacPherson strut layout with anti-roll bar, while the rear used the PSA Peugeot-Citroën fully independent trailing arm/torsion bar set up that was first introduced on the Peugeot 305 estate. However, PSA's chassis engineers employed some unusual features, including passive rear wheel steering, though less than on the ZX, (by means of specially designed compliance bushes in the rear suspension), and in-house developed and constructed shock absorbers. At high mileages this is prone to wear of the axle mounting bushes which is easily fixed. It is also prone to wear in the rear axle trailing arm bearings, which then wear the trailing arm axle tubes, requiring an expensive rebuild or a replacement axle assembly. The diesel and larger capacity petrol engines are canted as far back as possible in the engine bay, in an effort to put as much weight as possible behind the front axle line, also reducing the centre of gravity, while improving weight distribution and minimising understeer. 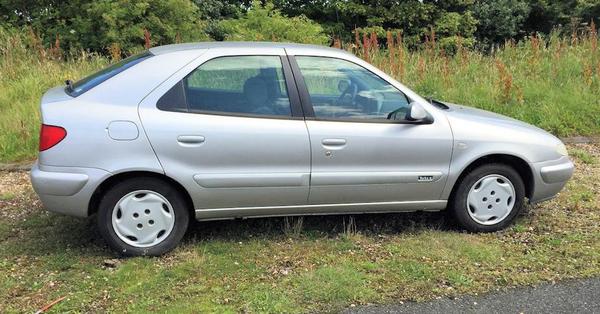 The original Xsara was launched in 1997, and was available with different engine choices:

In 2000, the Xsara was facelifted. The car was now stiffer (safety and handling improved), had a new front design and some interior modifications (i.e.: new steering wheel). The facelift also saw the introduction of multiplex wiring. However, the wiring used was too thin, resulting in multiple wires breaking with frequent use, especially in the driver's door, thereby rendering the driver's door window, central locking and interior lights unusable. Citroen do not acknowledge this as a problem, and do not issue door wiring harnesses as a spare. New 1.6i and 2.0i 16-valve engines were being introduced and 1.8L were removed. Now Xsara is offered with following engine choices:

The Xsara hatchback was discontinued and replaced by the C4 in late 2004. The Xsara continues to be produced for the Chinese market by Dongfeng Peugeot-Citroën Automobile, a joint venture with the PSA Group.

The Xsara Picasso small MPV was continued, concurring its successors.

The Xsara World Rally Car, based on the road-going Xsara hatchback but ultimately having very little resemblance to it under the skin, was one of the most successful cars ever to compete in the World Rally Championship. In 1999, the WRCs predecessor, the two-wheel-drive naturally aspirated Xsara Kit Car, won overall in Rallye Catalunya and Tour de Course. This car was considered the best car in the class. the late Philippe Bugalski placed seventh overall and won the Kit Car F2 class. In 2001, Kit Cars category disappeared and was replaced by Super 1600 and Super 2000. Citroen Xsara competed on category World Rally Car. In 2002, French driver Sébastien Loeb was going to win the Monte Carlo Rally but he was given a penalty because of an illegal tyre change. He took a win later on the Deutschland Rally. In 2003, the Citroen Xsara has been more competitive. In Wales GB, the leader Richard Burns suffered a blackout and withdrew from the rally. Sébastien Loeb made a lot of mistakes on last round and unfortunately, he lost the last round and lost the championship by just one point. However, the Citroën got the manufacturers' title and in 2004 Sébastien loeb won the championship. The car took Sébastien Loeb to 28 rally wins, three consecutive Driver's Championship titles from 2004 to 2006, and Citroën to three consecutive Manufacturer's Championship titles in 2003, 2004, and 2005. Although it is the Frenchman who has proved the archetype Xsara WRC pilot virtually since its 2001 conception, Jesús Puras, Carlos Sainz and François Duval are the other drivers to have won. 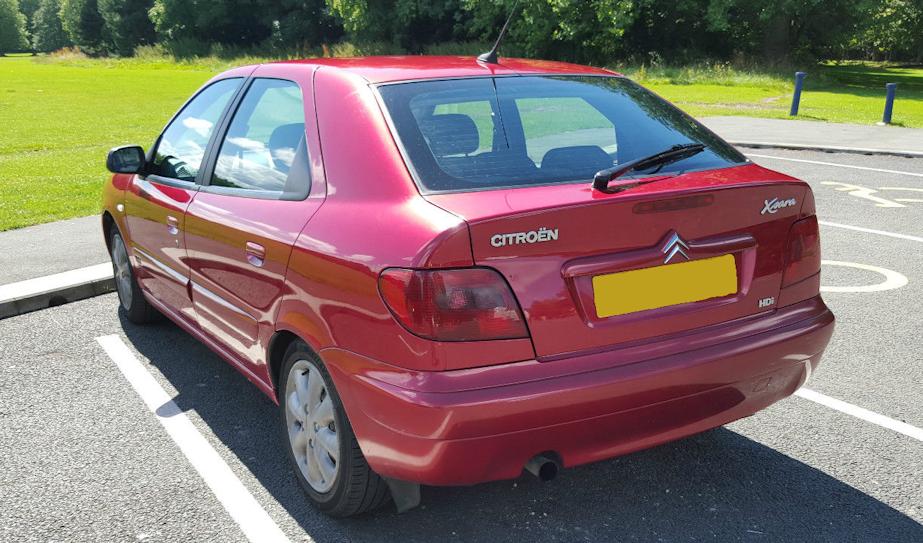