Automotive Manufacturer of Ryton-on-Dunsmore , United Kingdom from 1970 to 1979. 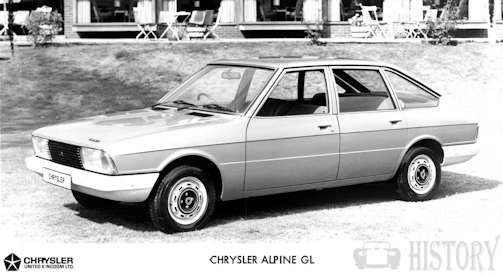 Chrysler United Kingdom was the British division of the US automaker Chrysler . It was founded in 1970, when the Chrysler belonging to Rootes Group was renamed Chrysler and produced cars during the 1970s.

The initial model range consisted of models developed by Rootes under the brand names Hillman , Sunbeam and Humber . The first British Chrysler, also bearing this name, was the Alpine in 1975 and a year later, all remaining Hillman models were renamed Chrysler, while the French Chrysler models were still called Simca . The French version of the Alpine was called Simca 1307/1308 .

The next important concept of Chrysler United Kingdom in 1977 was the Sunbeam , a small, 3-door combined sedan to replace the Hillman Imp . It was built on the rear drive chassis of the Hillman Avenger . In 1978, the Horizon , a 5-door combined sedan , was presented in the lower middle class . It was supposed to be a more modern alternative to the Ford Escort , the Vauxhall Viva and the Austin Allegro . Throughout the 1980s, the British Chrysler sold quite well.

In 1979, the parent company Chrysler USA was in big financial trouble. In order to prevent a collapse of the company, the European divisions in the United Kingdom and France were sold to the French car manufacturer Peugeot , who continued to offer the range of vehicles in Europe under the name Talbot . In 1987, this mark was discontinued. 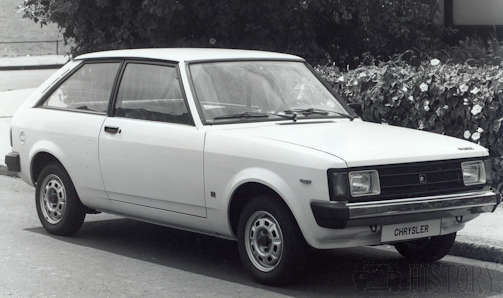