The Impala name was resurrected for the 2000 model year as the "Hi-Mid" program to replace the Lumina. Based on the Lumina's W-body platform, it was built at Oshawa Car Assembly in Oshawa, Ontario, Canada. Unlike the earlier Impalas built on a B-body, this one was front-wheel drive and was available with a choice of two 3.8L V6 engines, and slightly smaller 3.4L V6 engine. A new Impala SS with a supercharged V6 was brought out for the 2004 model year. 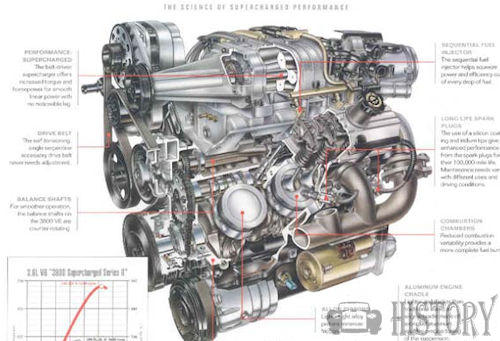 The 2004 to 2005 Impala SS came equipped with the 3.8 liter (231 cu in) supercharged L67 V6 engine. It was rated at 240 horsepower (180 kW) and had been previously used in the Pontiac Grand Prix GTP, Buick Regal GS, Buick Riviera, and H-body Pontiac Bonneville SSEI and Buick Park Avenue "Ultra". The lightweight front-wheel-drive sedan was actually quicker than the vaunted 1990s Impala SS, with 0–60-mile-per-hour (0–97 km/h) times pushing 6.5 seconds compared to the earlier model's 7.1 second 0–60 time. To commemorate Chevrolet's long relationship with the Indianapolis Motor Speedway and the Indianapolis 500 race, a limited edition (4,088 produced) Impala Indy SS was offered in 2004 featuring black grille with gold Chevrolet bowtie emblem which would be carried over to all Impala models in 2005, various Indy logos on exterior and interior, 17" chrome wheels, gauge cluster package, and more.

Also released with this version were the Police Package first released in 2000 and Undercover Police Package first released in 2001, named 9C1 and 9C3, respectively. Available only to law enforcement agencies, fire departments, and EMS agencies, it has had more success than its predecessor, the Lumina 9C3. The 9C1 was basically a base model with a stronger suspension and the 3.8 liter (231 cu in) V6 engine. It was only available in a few basic colors. Another addition was the "SURV MODE" switch which replaced the fog light switch found on the LS. This enabled the driver to turn off all lights in the vehicle and "hide"; something not allowed with the civilian models as automatic headlights were standard. The 9C3 was comparably equipped to the 9C1, but the ability to add other convenience options and more paint and interior choices set the 9C3 apart. 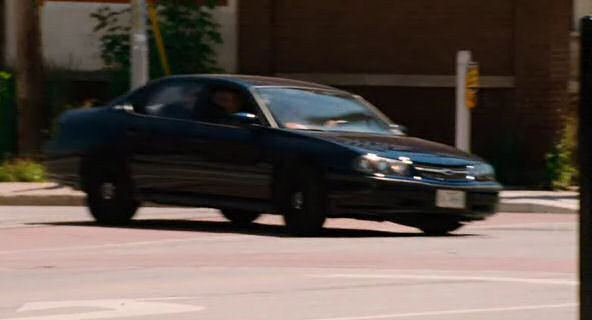